“No Time to Die” (MGM/United Artists) 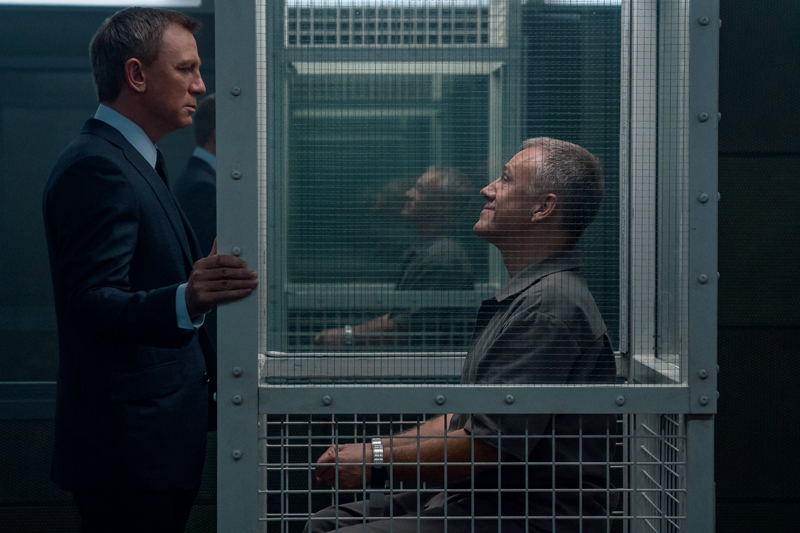 Daniel Craig and Christoph Waltz star in a scene from the movie "No Time To Die." The Catholic News Service classification is A-III -- adults. (CNS/Nicola Dove, MGM)

Trickery vies with trust in Daniel Craig’s fifth big-screen outing as Ian Fleming’s iconic spy James Bond. As Agent 007 experiences romantic complications in his relationship with his latest girlfriend (Lea Seydoux), he also has to contend with the schemes of two villains (Rami Malek and Christoph Waltz), a rift between the British and American intelligence authorities, a dark secret being harbored by his boss (Ralph Fiennes) and competition from a younger operative (Lashana Lynch).

While the once notoriously promiscuous protagonist now yearns for a stable home life, a couple of situations in which he exacts revenge on his enemies, together with the dramatically powerful but morally problematic conclusion of director Cary Joji Fukunaga’s world-traversing saga, muddy the ethical waters. So this long, sprawling, action-packed and unapologetically escapist fantasy demands careful discernment on the part of those viewers inclined to look below its glossy surface.

Mature themes, including vengeance, suicide and an out-of-wedlock birth, much stylized violence, brief gory images, premarital cohabitation and sensuality, partial nudity, vague references to homosexuality, a few profanities, a handful of milder oaths, at least one instance each of rough and crude language. The Catholic News Service classification is A-III — adults. The Motion Picture Association rating is PG-13 — parents strongly cautioned. Some material may be inappropriate for children under 13.