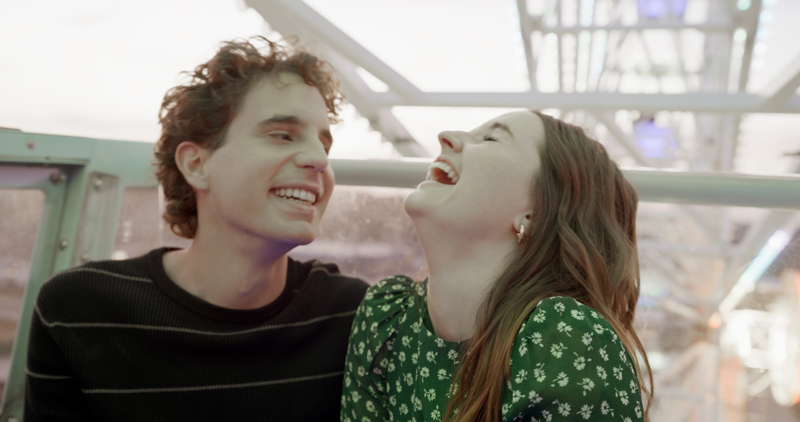 Ben Platt reprises his Broadway role as the angst-ridden teen of the title in director Stephen Chbosky’s screen version of the award-winning 2016 musical drama.

After the troubled brother (Colton Ryan) of the fellow student for whom the lad yearns (Kaitlyn Dever) takes his own life, a misunderstanding leads the parents of the deceased (Amy Adams and Danny Pino) to believe that their son and he were best friends. Partly to comfort the couple, partly to get closer to their daughter and partly because he longs for a fuller family life than his overworked divorced mother (Julianne Moore) can provide, he goes along with the idea and gradually elaborates on it.

Those in search of toe-tapping diversion should look elsewhere since the work of composers and lyricists Benj Pasek and Justin Paul as well as screenwriter Steven Levenson, the author of the show’s book, is anything but lighthearted. While cynics may also come away unsatisfied, viewers inclined to plumb the emotional depths explored in this always intense but sometimes awkward and overbearing film should equip themselves with Kleenex.

Given the upright nature of the picture’s fundamental values and the lesson it teaches about the importance of honesty, parents will probably find it acceptable for older adolescents. Mature themes, including suicide and depression, references to homosexuality, at least one use of profanity, several milder oaths, one rough and a few crude terms. The Catholic News Service classification is A-III — adults. The Motion Picture Association rating is PG-13 — parents strongly cautioned. Some material may be inappropriate for children under 13.