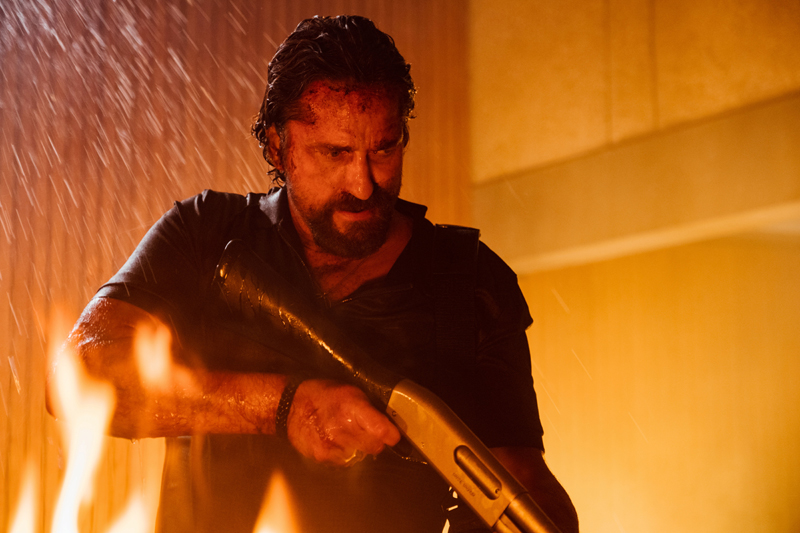 In this tense, gritty crime drama, set in an isolated Nevada police station, a dedicated rookie officer (Alexis Louder) gets caught up in plight of a slippery con artist (Frank Grillo) with a price on his head who is simultaneously being pursued by two contract killers, one (Gerard Butler) somewhat civilized, the other (Toby Huss) an outright psychopath.

Awash in gore by its closing credits, director and co-writer Joe Carnahan’s film is suitable for few. But those grown-ups willing to look past the sometimes-brutal mayhem will find complex moral shadings and an ethically solid conclusion.