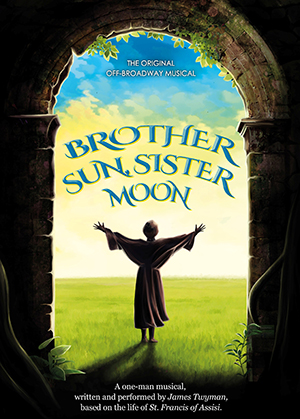 Will St. Francis of Assisi “play in Peoria”? Author, actor and composer James Twyman will find out when he brings his Broadway-bound musical, “Brother Sun, Sister Moon,” to his home parish, Holy Family, as he makes his way to New York City. The one-man musical based on the life of the beloved saint will be […] 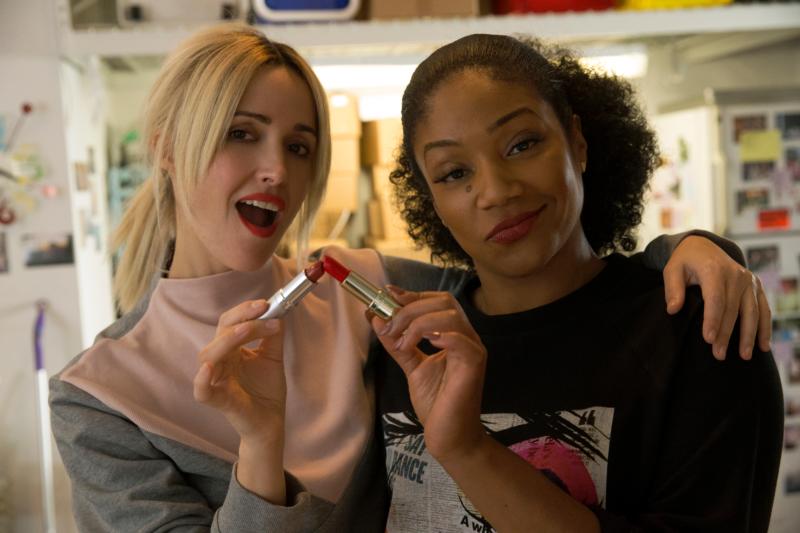 Rose Byrne and Tiffany Haddish star in a scene from the movie "Like A Boss." The Catholic News Service classification is O -- morally offensive. (CNS/Paramount)

George MacKay, center, stars in a scene from the movie "1917." The Catholic News Service classification is A-III -- adults. (CNS/Universal)

By Catholic News Service Gripping historical drama, set in the midst of World War I, in which two British soldiers (George MacKay and Dean-Charles Chapman) are dispatched across enemy territory to call off an attack by an officer (Benedict Cumberbatch) whose men are about to fall into a German trap, a mission made more urgent […] 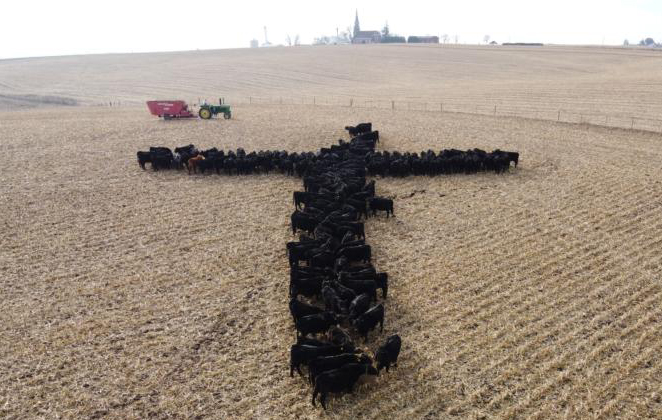 By Dan Russo / Catholic News Service ANKSTON, Iowa (CNS) — It wasn’t a miracle, but the scene that unfolded on Dan and Judy Gotto’s farm in Bankston shortly before Christmas became a beautiful testament to faith. On Dec. 23, 2019, members of the family had carefully laid out many small piles of cattle feed […] 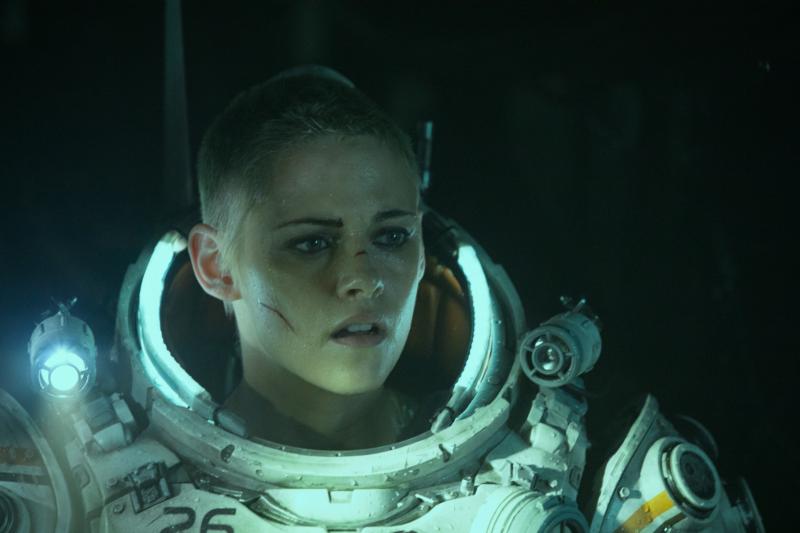 Kristen Stewart stars in a scene from the movie "Underwater." The Catholic News Service classification is A-III -- adults. (CNS/Fox)

By Catholic News Service Tedious survival slog follows an electrical engineer (Kristen Stewart) and some of her colleagues (led by Vincent Cassel) as they escape the severely damaged underwater drilling facility where they’ve been living and working and head for the shelter of a similar structure nearby. But the mysterious creatures that inflicted the destruction […] 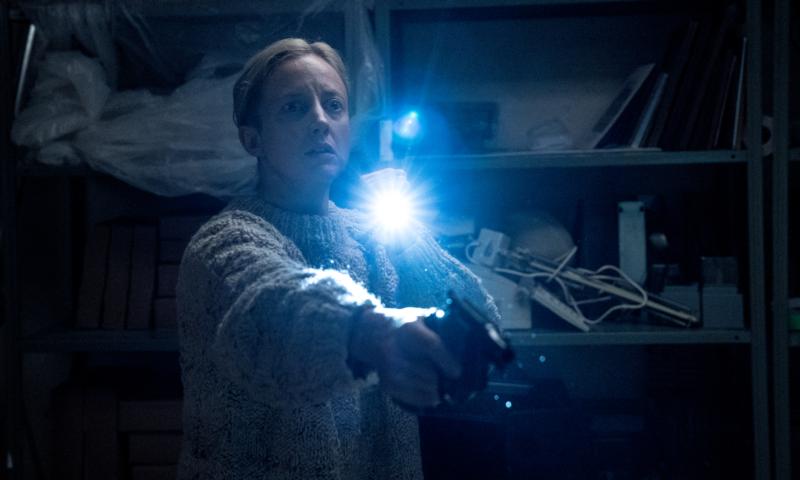 Andrea Riseborough in a scene from the movie "The Grudge." The Catholic News Service classification is O -- morally offensive. (CNS/Sony)

By Catholic News Service Drab second English-language remake of a hit 2003 Japanese horror tale about a haunted house whose malign influence infects and follows all who enter it. This time out, the most prominent of its ensemble of victims is a recently widowed police detective (Andrea Riseborough). As she and her troubled partner (Demian […]

Three Catholic centers among those sharing in state rep’s gift of 12,000 diapers 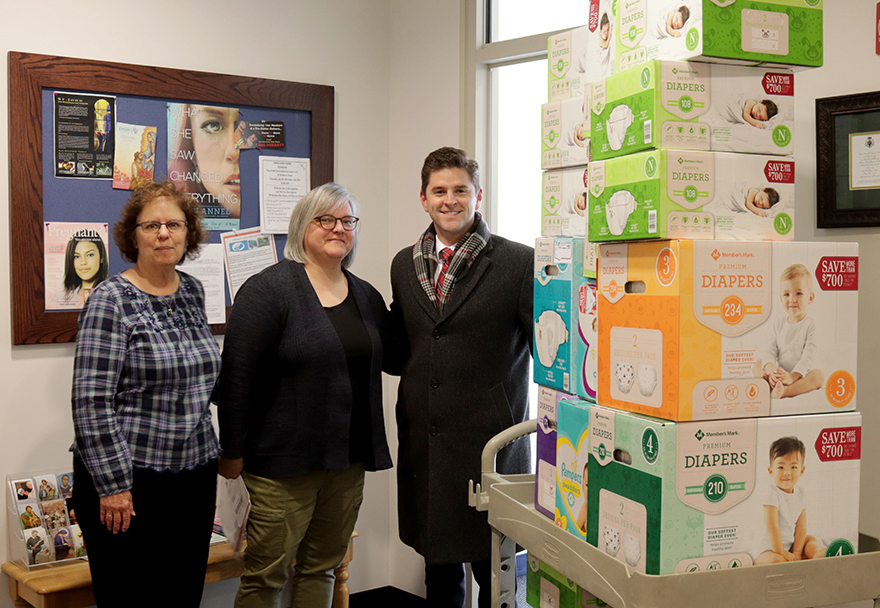 State Rep. Ryan Spain (73rd District) delivers diapers from his Holiday Diaper Drive to the Family Resources Center in Peoria for the Christ Child Society of Central Illinois and St. Gianna Baby Pantry, an outreach of Catholic Charities of the Diocese of Peoria. Accepting them are Therese Peck (left) of the Christ Child Society and Suzie Meismer of Catholic Charities. (The Catholic Post/Jennifer Willems)

The Christ Child Society of Central Illinois, St. Gianna Baby Pantry and Women’s Care Center, all in Peoria, have more diapers to provide for at-risk mothers and their babies thanks to an early visit from Santa Claus. This year he took the form of State Rep. Ryan Spain (73rd District), who delivered 12,000 diapers of […] 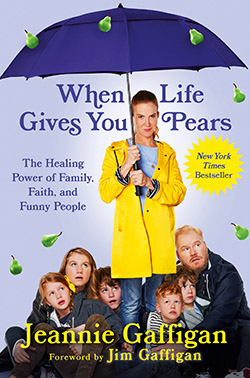 This is the cover of "When Life Gives You Pears: The Healing Power of Family, Faith and Funny People," by Jeannie Gaffigan. (CNS photo/courtesy Jeannie Gaffigan) See stories marked GAFFIGAN- Nov. 19, 2019.

Reviewed by Bonnie Engstrom Jeannie Gaffigan’s entire identity was wrapped up in being a Super Mom, Super Wife, and Super Producer. It took a life threatening brain tumor to make her relinquish her need to control and excel. Her memoir, “When Life Gives You Pears: The Healing Power of Family, Faith, and Funny People” recounts […]