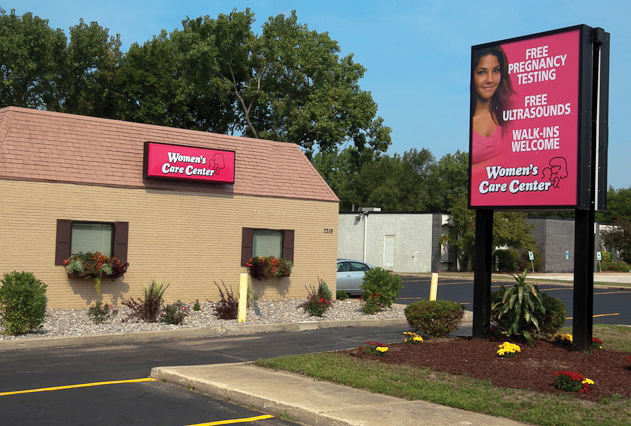 SOUTH BEND, Indiana — The national Women’s Care Center organization was presented the 2019 Evangelium Vitae Award in ceremonies at the University of Notre Dame on April 27 in recognition of its outstanding pro-life efforts.

The award is named for a 1995 encyclical by St. John Paul II whose title means “The Gospel of Life.” It is sponsored by the de Nicola Center for Ethics and Culture at Notre Dame.

The Women’s Care Center was founded 35 years ago on the edge of the Notre Dame campus by philosophy professor Dr. Janet Smith. The organization is now the largest network of pregnancy resource centers in the United States, with 32 centers in 11 states offering free, confidential counseling and education to women facing unplanned pregnancies. The centers, usually located near abortion clinics, also care for both the mother and child through the toddler years.

The Women’s Care Center in the Diocese of Peoria was opened in 2013 at 7319 N. University in Peoria. Among those attending the Mass and banquet at Notre Dame was Christine Dennis, board president of the local Women’s Care Center.

In his homily at the Mass, Bishop Kevin C. Rhoades of the Diocese of Fort Wayne-South Bend described the centers as “oases of God’s mercy in the desert of this culture of death.” Ann Manion, current president of Women’s Care Center, noted that 92 percent of the women they serve choose life.

“The sole focus is how to best love and serve the next woman who walks through our doors,” she said.