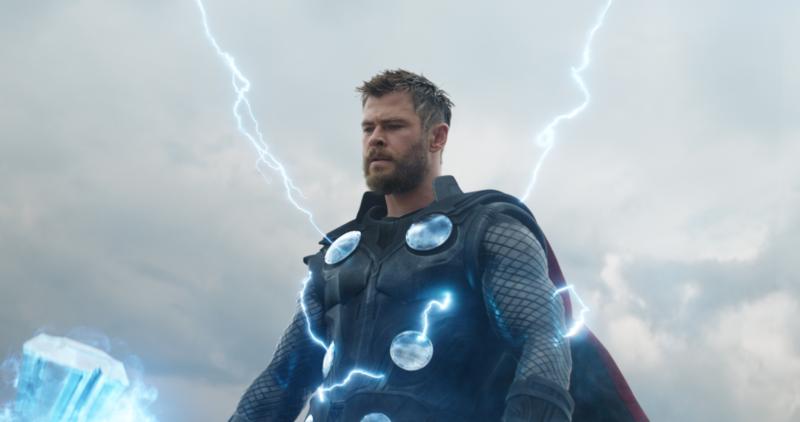 Chris Hemsworth stars in a scene from the movie "Avengers: Endgame." The Catholic News Service classification is A-III -- adults. (CNS/Disney)

Primarily set five years after a cosmic villain (Josh Brolin) used a set of energy-endowed gems to wipe out half of all the living creatures in the universe, this sweeping Marvel Comics-based epic charts the efforts of the titular ensemble to harness time travel via Ant Man’s (Paul Rudd) quantum realm to undo the catastrophe. To achieve this, they need to win over tech whiz Tony Stark aka Iron Man (Robert Downey Jr.), the only person who can safely engineer such a cutting-edge feat. But he’s reluctant to endanger his happy home life (shared with Gwyneth Paltrow) for the sake of such a risky mission.

Much stylized violence with some gore, possible cohabitation, a few uses of profanity and of milder oaths, brief references to homosexuality, a half-dozen crude and several crass terms. The Catholic News Service classification is A-III — adults. The Motion Picture Association of America rating is PG-13 — parents strongly cautioned. Some material may be inappropriate for children under 13.