EDITOR’S NOTE: The following news release was distributed by the Catholic Diocese of Peoria on Tuesday afternoon, March 5.

PEORIA — It is again with great joy that Bishop Daniel Jenky, Bishop of Peoria, Illinois, and Promoter of the Cause for Canonization of Venerable Archbishop Fulton Sheen, announces the unanimous decision of the New York State Supreme Court, Appellate Division, First Department, ruling in favor of Joan Sheen Cunningham’s petition to transfer the earthly remains of Archbishop Fulton Sheen from New York to Peoria. 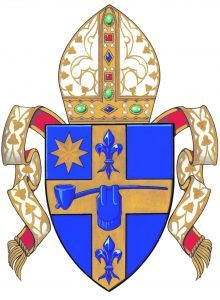 The Diocese of Peoria calls upon the New York Archdiocese to end their failed legal contestation, which has only resulted in three rulings against them. Further appeal is not only unprecedented but extremely costly to all the parties involved. Further litigation will only delay the execution of the Court’s decision. Joan Cunningham, as the nearest living relative to Archbishop Sheen, has a good and substantial reason to transfer the remains of Archbishop Sheen to Peoria. Now is the time to end the legal tug-of-war and begin the final stages of the Cause of Beatification of Archbishop Fulton Sheen. It is our hope that the Archdiocese of New York will acknowledge that it is time to move on and begin to assist in advancing the Cause of
Archbishop Fulton Sheen.

We look forward to working with the Archdiocese of New York to carry out the Court’s decision allowing Joan Sheen Cunningham to transfer the earthly remains of Archbishop Fulton Sheen. But even more we look forward to celebrating with people from all across our country and the entire world in celebrating the Beatification of Archbishop Fulton Sheen, including our many friends from the Archdiocese of New York. It does not go without notice that today’s ruling comes in this hundredth year anniversary of Sheen’s ordination to the priesthood at St. Mary’s Cathedral in Peoria, the very place that Joan hopes to transfer him.