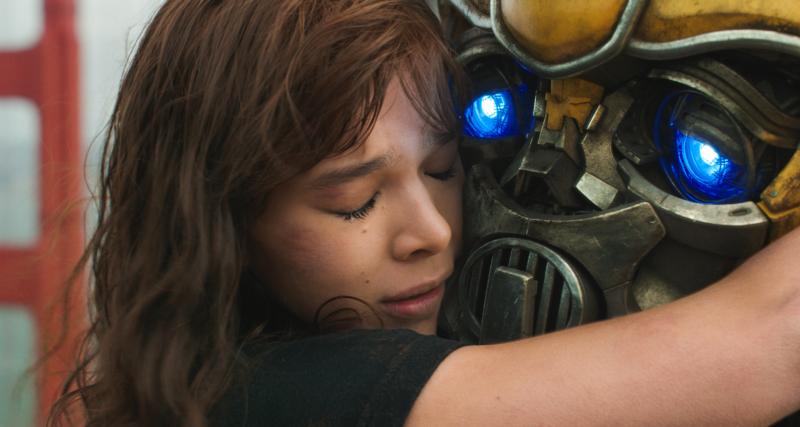 Hailee Steinfeld stars in a scene from the movie "Bumblebee." The Catholic News Service classification is A-III -- adults. (CNS/Paramount)

Above-average installment in the sci-fi action “Transformers” franchise, set in 1987, charts the friendship between the shape-shifting alien robot-auto of the title, a yellow Volkswagen Beetle when in car form, and a vulnerable but plucky teen (Hailee Steinfeld). Still mourning her deceased father, whose mechanical skills she inherited, she finds solace in her bond with her newfound amigo whom she protects from hostile humans (most prominently John Cena as a secret government agent), though she can’t shield him from the threat posed by visitors from outer space.

Gadgetry and the brawling of outsized extraterrestrials continue to be the hallmarks of the series, despite an overlay of Eighties nostalgia and soft sentiments, including an innocent romance between the heroine and her love-smitten next-door neighbor (Jorge Lendeborg Jr.).

Working from a script by Christina Hodson, director Travis Knight revisits familiar themes of alienated, isolated youth and the tendency to fear what we fail to understand.

Possibly acceptable for older teens. Much stylized violence with slight gore, at least one use of profanity, about a half-dozen milder oaths, a sexual reference, a couple of crude and a few crass terms. The Catholic News Service classification is A-III — adults. The Motion Picture Association of America rating is PG-13 — parents strongly cautioned. Some material may be inappropriate for children under 13.