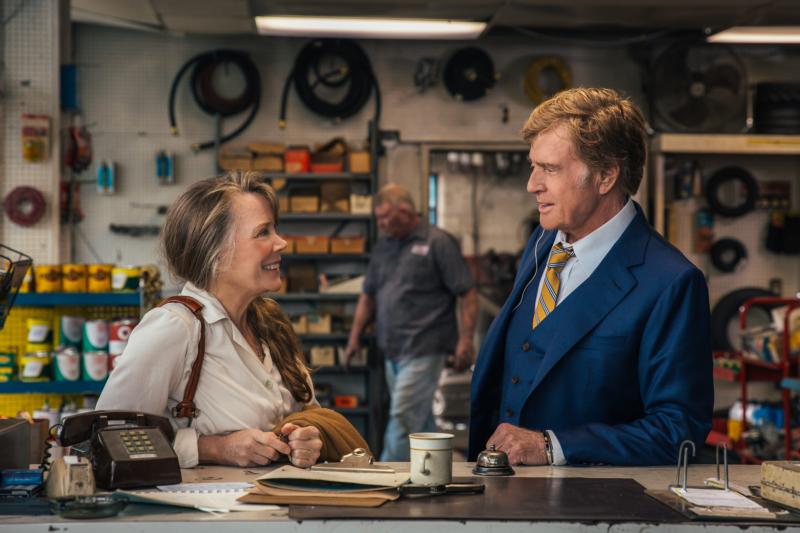 Sissy Spacek and Robert Redford star in a scene from the movie "The Old Man & the Gun." The Catholic News Service classification is A-III -- adults. (CNS/Fox)

Writer-director David Lowery’s adaptation of David Grann’s New Yorker magazine profile of Forrest Tucker, who died in prison in 2004, is driven by the conceit of a career criminal as a jaunty old coot. During a wide-ranging spree of heists in 1981, Tucker (Robert Redford) works with two partners (Danny Glover and Tom Waits), and their modus operandi is always nonviolent. He also finds time to woo a widow (Sissy Spacek) who’s struggling to hold on to her horse ranch. But a police detective (Casey Affleck) is doggedly on the thief’s trail.

Viewers hoping to identify a point or moral to the story won’t locate one, but some may enjoy the loping drive around the American Southwest. Others will find it soporific.