The director and narrator of a new documentary screened at a Peoria parish on Sept. 22 believe the sexual revolution that followed the introduction of artificial contraception in the 1960s may soon give way to a new and “real sexual revolution” that embraces natural family planning (NFP).

“I believe with all my heart there is a rediscovery happening right now of ‘Humanae Vitae,’” said Daniel diSilva, director, referring to the 1968 encyclical by Blessed Pope Paul VI whose teachings on love, sex, and marriage are a focus of “Sexual Revolution: 50 Years Since Humanae Vitae,” just released by Springtime Productions. 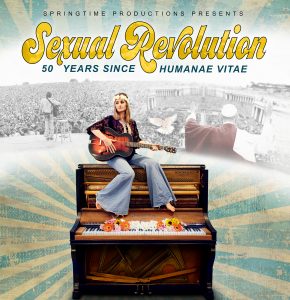 That rediscovery goes beyond interest generated by the recent anniversary of the encyclical’s release and the approaching Oct. 14 canonization of Blessed Paul VI, said diSilva after more than 220 people viewed the film at Hettinger Hall of St. Jude Parish in Peoria.

The fact that young people are increasingly turning to organic food and natural health care choices leads diSilva to believe “we’re sitting on the cusp of a revolution of natural family planning,” in which married couples use neither drugs nor devices but rather fertility awareness to delay or achieve pregnancy.

And the 90-minute documentary can be seen as “a call to share NFP — to learn it and teach it,” said Alana Newman, a musician and singer from Louisiana whose life story as a donor-conceived individual searching for her biological father frames the film.

The film examines the history of the parallel developments of the Pill and modern natural family planning, with a special focus on Drs. John and Evelyn Billings, pioneers in the NFP movement who Newman called “a saintly couple.” 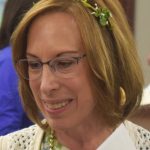 “This film will hopefully give you a robust introduction to who they are and how important their work was,” said Newman, who is an NFP teacher. Newman’s vocal talents are displayed in the film’s soundtrack and, following the screening at St. Jude, she performed a medley of songs from the 1960s as well as an original tribute to the Billingses, Blessed Paul VI, and St. John Paul II.

The documentary — which will be shown in Rome in early October in conjunction with Blessed Paul VI’s canonization — was brought to Peoria by Marsha Kampfl, who has organized similar screenings of faith-based films in recent years.  OSF HealthCare was a co-sponsor and booths offered information on natural family planning as well as breast health.

“I thank God for directors like Daniel and women like Alana who have taken truth that we hold so dear in our faith and become spokespersons to bring that truth where it needs to be shared,” said Kampfl. She encouraged other parishes or small groups to screen the film, and noted that on Oct. 4 St. Jude Parish will begin a four-week study, “Celebrating ‘Humanae Vitae.’”

For more information on the documentary, including how to schedule a screening, visit sexualrevolutionmovie.com. Newman said the film is appropriate for ages high school junior and up.