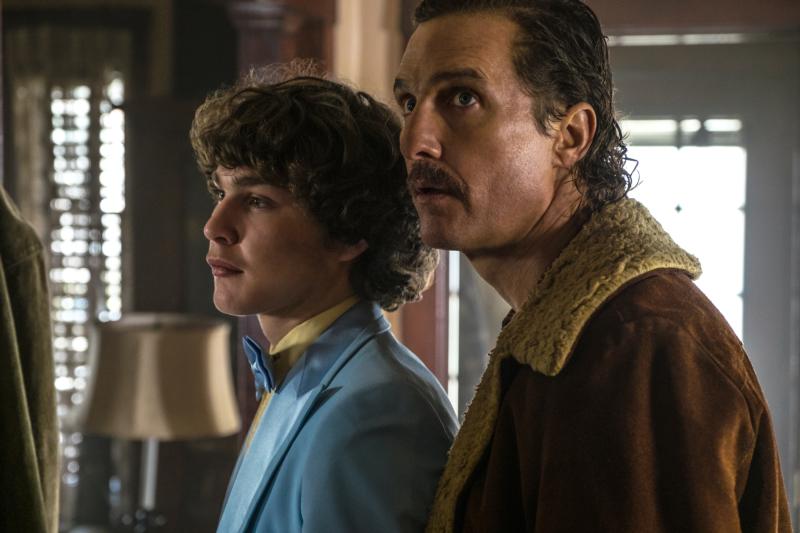 Somber fact-based drama, set in 1980s Detroit, chronicling the unlikely adventures of Rick Wershe (Richie Merritt) who, at the age of 14, became the youngest FBI informant in history, posing as a drug dealer. He then went on to sell narcotics for real in an attempt to break out of the seemingly endless cycle of poverty in which he, his gun salesman father (Matthew McConaughey), and crack-addicted sister (Bel Powley) were trapped.

Intended as a critique of hypocritical federal (Jennifer Jason Leigh and Rory Cochrane) and local (Brian Tyree) law enforcement officials as well as of excessively harsh sentencing, director Yann Demange’s gritty slice of working-class life largely ignores the consequences of Wershe’s actions. Additionally, although it celebrates the close bonds Wershe shared both with his dad and his troubled sibling, the film also briefly glamorizes an adulterous relationship, making this fare for the most discerning only.