Students weren’t the only ones to have a first day of school in diocesan schools this fall. Two principals also started the year in new schools, and one more has come out of retirement to lead the school he last served.

Meanwhile, longtime educator and administrator Scott Turnipseed will return to Our Lady of Grace Catholic Academy in East Moline as the principal this year. He will be assisted by Connie Ertel, lead teacher.

Gianessi, who lives in Pekin, acknowledged that the commute to Holy Family will be easier for her and her family, but said she will miss her St. Malachy “family.” 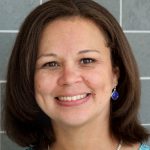 “It’s bittersweet. I loved my staff,” she told The Catholic Post. “I felt we grew as a staff, both professionally and spiritually, and I felt like they were more than staff members. They were my friends — they still are.”

The long drive between Pekin and Rantoul, which takes a little more than 90 minutes, was also good for her spiritual growth.

Gianessi said she prayed the Chaplet of Divine Mercy on her way to St. Malachy each morning and the rosary on the way home each afternoon. She was worried that her spiritual life would suffer, now that she drives just 30 minutes each way, but has found that EWTN broadcasts the Mass at the same time she’s traveling to Holy Family.

Her new “family” has welcomed her at meetings of the Education Commission, the parish finance council, and the parish council, “so I have already been able to spend some time with the community.”

Making the move from St. Malachy to Holy Family was something she prayed about, and she said she got good advice from her husband, who reminded her, “God is never going to steer you wrong. Just let him guide you.”

Gianessi holds a bachelor’s degree in secondary education and social studies from Bradley University and a master’s degree in educational administration and supervision from St. Xavier University in Chicago. She taught or was a substitute teacher for Pekin and Peoria public schools from 2007 to 2015.

She and her family belong to St. Joseph Parish in Pekin.

David Auth always had the desire to teach.

“I love being around kids and being that person that can help them understand games and sports and the rules that go along with them,” he said. “Also, I wanted to coach wrestling and football, and being a teacher was a great way to achieve that goal.” 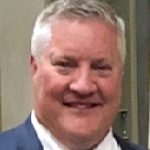 Auth grew up in Towanda and since his mother worked at Illinois State University, he knew that he would continue his education there. He earned a bachelor’s degree in physical education in 1991 and a master’s degree in education administration in 1997.

He taught physical education from 1991 to 1992 at his alma mater, University High School in Normal, and from 1992 to 1997 at Le Roy High School, where he was also the head wrestling coach. During the 1997-98 school year, Auth was the assistant principal and athletic director at Ridgeview High School in Colfax.

In order to spend more time with his wife, Angela, also a teacher, and their daughter and son, he went to work for State Farm in 1998. He was a COBOL programmer from for six years and then moved to the company’s learning and development program.

During those years, Angela would renew his teaching certificate when she renewed hers. He was glad she had when the job at St. Malachy in Rantoul became available.

He sees it as an opportunity not just to educate the students, but to create “disciples of Christ, young men and women who will go forward living the values that Jesus himself taught us.”

The Auths are members of Historic St. Patrick Parish in Bloomington. 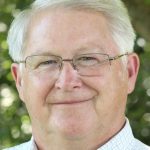 Scott Turnipseed came out of retirement in 2012 to serve as principal at Our Lady of Grace Catholic Academy in East Moline. He retired in 2016, but came back when the school needed a principal this fall.

He has a bachelor’s degree from the University of Northern Iowa and a master’s degree in educational administration from Western Illinois University.

In addition to his work at Our Lady of Grace, Turnipseed has 34 years of experience as a public school teacher and principal. He also worked as a substitute teacher at the Blackhawk Center for Special Education in East Moline for two years.