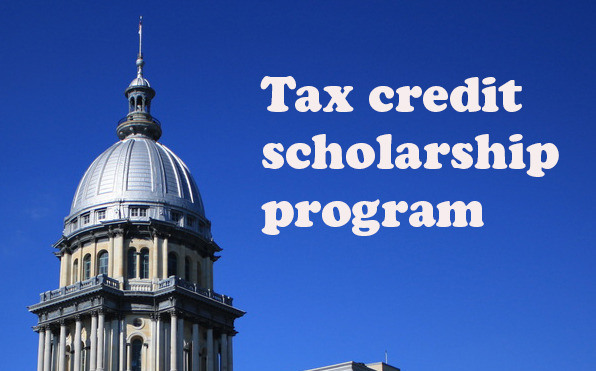 One of the most intense educational efforts taking place in Catholic school communities of the Diocese of Peoria this year is happening outside of the classroom as diocesan and parish officials strive to inform donors and parents about the opportunities presented by Illinois’ new tax credit scholarship program.

Four regional meetings took place in mid-November as part of a continuing effort to promote what is now known as the “Invest in Kids Act of 2017.” 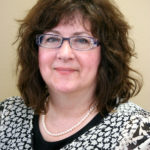 The legislation, signed by Gov. Bruce Rauner on Aug. 31, allows individuals and corporations to donate to an approved scholarship granting organization (SGO) and receive a credit on their state taxes in return. The organizations then use the money to grant scholarships covering up to 100 percent of tuition for the next school year to qualifying students.

“I’m delighted that it’s another way we can bring students into our Catholic schools that may never have had the opportunity before due to lack of finances,” said Dr. Sharon Weiss, diocesan superintendent of schools.

Weiss was among the diocesan speakers at regional meetings recently hosted by Peoria Notre Dame, St. Matthew School in Champaign, Marquette Academy in Ottawa, and Alleman High School in Rock Island. The gatherings drew pastors, principals, business managers, and development directors and offered ways to inform donors and parents in their communities about the program — and its fast approaching deadlines.

HOW TO GET STARTED

Detailed information in question-and-answer form is available on the diocesan website, but among the key facts are:

Students entering kindergarten through 12th grade from families with limited financial resources are eligible to receive the scholarships. To be considered, the students must be from a household with income below 300 percent of the federal poverty level ($73,800 for family of four). Priority will be given to students with greater financial need, the siblings of scholarship students, or those who reside in a “focus district” of low-performing public schools.

Weiss said early donation and early scholarship application are key. The available money will be distributed regionally through the state’s five appellate court districts with a $17 million cap for Districts 3 and 4, which cover not only the Diocese of Peoria but part of the dioceses of Springfield and Joliet.

While the timeline is short — “Every superintendent I’ve spoken with has said this has been all-consuming,” said Weiss — the potential benefits are great for donors and parents.

“If families qualify, this would be tremendous for them,” said Weiss. “Obviously, if we want to continue our evangelizing mission, we’ve got to get the children into the school. That’s one of the reasons our team is working so hard to get this word out.”

Among the “team” leading the recent regional presentations were Mike Buckley and Russ Courter of the Office of Finance; Jerry Sanderson, associate superintendent of schools; and Bill Engelbrecht, director of advancement for the Office of Stewardship and Development.

Weiss said the diocese will continue to offer its John Lancaster Spalding Scholarships from a fund created by the Rooted in Faith capital campaign. In fact, the state’s new tax credit scholarship program will allow those dollars to go further, said Weiss. Students receiving scholarship money from an SGO may not also receive a Spalding grant.

On the donation side, Weiss is excited “for the incredible donors who have been so faithful and loyal to our schools” who can now receive the tax break. She hopes the publicity will make additional donors aware “of the good we do in our schools.”

The months ahead will be challenging — schools, for example, will have to set next year’s tuition rates much earlier than usual — but also exciting, said Weiss. A special effort is being made to reach the diocese’s large Spanish-speaking community.

“I don’t know how we can lose with this,” she told The Catholic Post.

The Invest in Kids Act was passed as part of a comprehensive state education reform package. It had long been promoted by the Catholic Conference of Illinois, the public policy arm of the Catholic bishops in the state.

Sandwich with pic of Sharon Weiss

“I’m delighted that it’s another way we can bring students into our Catholic schools that may never have had the opportunity before due to lack of finances.” Dr. Sharon Weiss

Superintendent of schools, Diocese of Peoria