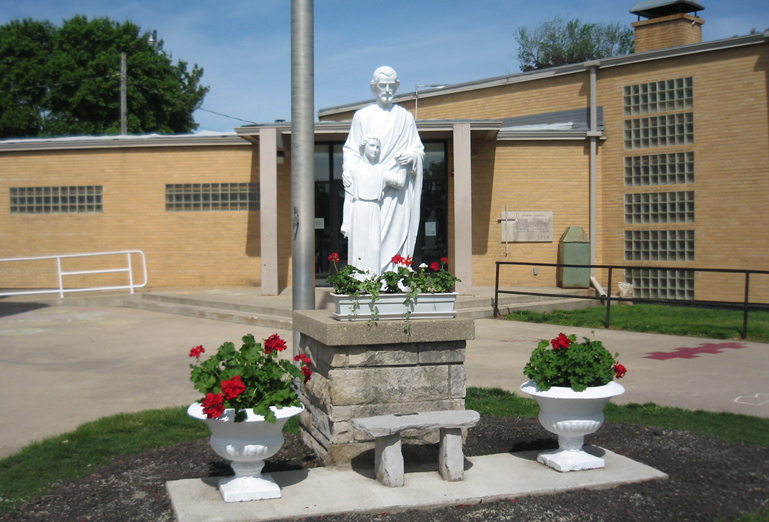 A police-requested evacuation went smoothly at Peru Catholic School and the building became a headquarters for local and state law enforcement after an incident in the school neighborhood on Sept. 25. (Photo from perucatholic.org)

PERU — It was the call no principal wants to get.

Peru Catholic School went on a “soft lockdown” early in the day on Sept. 25 after Amy Perona, principal, was notified that the Peru Police Department would be executing a home eviction in the neighborhood. While they didn’t anticipate a problem, they heard the occupant might not “go quietly” and wanted to exercise caution, she said.

“For us a soft lockdown is — as I’m sure it is for many others — kind of business as usual, but I notified the staff,” Perona told The Catholic Post. “The kids really didn’t know anything specific, other than we weren’t going outside” (for recess). 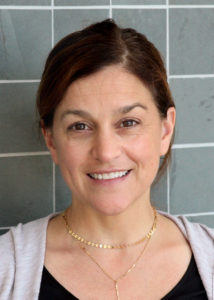 “We just did everything we needed to do. We’re grateful there was not a threat inside our building,” said Amy Perona, principal of Peru Catholic School.

A shot was fired, however. Since the house was half a block west of Peru Catholic, the police asked Perona to initiate a hard lockdown.

This happened during the lunch rotation, so the majority of the students were either in the lunchroom or in the gym, she said. The faculty and staff kept the students there and Perona asked the students to remain calm. Some of the eighth-graders helped by comforting their younger classmates and playing games with them.

Due to a fear that there might be explosives in the house where the standoff was taking place, the police asked that Peru Catholic be evacuated a few minutes later. Other area businesses were asked to do the same.

Perona sent a text alert with instructions to the parents and also sent a mass email. She was in contact with Father Jacob Rose, administrator at St. Joseph Church, too.

“My staff, the teachers are amazing,” she said. “They all took incredible command of their classrooms and their students, using the things they had in place, like rosters with photo identification and contact information.”

It was difficult to get into the area, but police helped to route traffic as students left through a back exit.

“We were very intentionally and purposely making sure that we were getting students to the right parents,” Perona said. “When they pulled up they were asked not to get out of the car, but to give us their first and last name and their child’s name.”

“Overall, it was very smooth,” she said, noting the evacuation took about 55 minutes. “Then this building became a headquarters for local and state law enforcement.”

The standoff was resolved at about 11:30 p.m. when police took Jeffrey Sorrentino, 56, into custody. The News-Tribune of LaSalle reported that he has been charged with aggravated discharge of a firearm.

Peru Catholic remained closed Sept. 26. Perona met with the teachers to go over everything and commend them for their efforts.

RELATED STORY:  All diocesan schools will be assessed for safety

“We have been training for an active threat, not with the students so much as with the teachers in preparation for running a drill with our students,” Perona told The Post.

“I had recently met with our local law enforcement agencies to make sure our plan was good and in place. Those things really benefited us on that day,” she said.

In addition to the faculty and staff, Perona offered her thanks to law enforcement for keeping her well informed, so she could communicate effectively with school parents. Four of the eighth-graders — Payge Pyszka, Eric Knoblauch, Grace Maschmann and Anthony Cain — received the Medal of Merit at the school’s September recognition assembly for their help with the younger students during the lockdown.

Dr. Sharon Weiss, superintendent of schools for the Diocese of Peoria, offered words of praise for how the principal handled the crisis.

“I was extremely impressed with the reaction of Dr. Perona. Father Rose was away, but they coordinated what the action plan would be — with the police, as well,” Weiss said. “I was impressed with her quick thinking and the poise with which she handled a situation such as this.”

“We just did everything we needed to do,” Perona said simply. “We’re grateful there was not a threat inside our building. It was close enough, however.”

When she’s asked why it’s necessary to train for things like this, she points to the deadly violence that took place in Las Vegas Oct. 1.

“It’s become the culture that it’s not if it will happen, but when,” she said. “I’m going to make sure my students are safe. That’s my number one priority.”