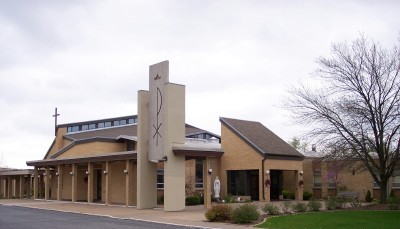 A Jubilee Mass at 11 a.m. on Sunday, Sept. 10, will highlight a weekend of 50th anniversary events at Christ the King Parish in Moline.

MOLINE — Christ the King Parish here will celebrate its 50th anniversary with a weekend of events Sept. 9-10 highlighted by a Jubilee Mass at 11 a.m. on Sunda at the church, 3205 60th St.

The Mass will be followed by a celebration potluck feast featuring ethnic foods and a parish variety show.  Both will take place at the Believers Together Center on parish grounds.

The weekend celebration begins Saturday evening with a Trivia Night. In addition to the game, the event will include raffles with prizes ranging from gift baskets to a 2017 Chevy Impala.

Christ the King is the youngest Catholic parish in the Illinois Quad Cities. In 1967, the boundaries of existing Moline parishes were redrawn and the new parish was established on Sept. 7. 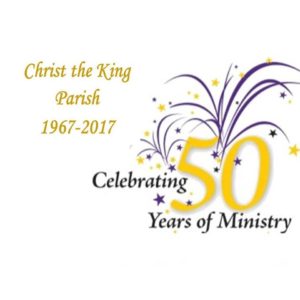 The parish began with about 450 families who gathered for Mass at Woodrow Wilson Junior High School. Less than a year later, ground was broken for a new church on a nearly 10-acre site along 60th Street. The church hosted its first Mass on Feb. 16, 1969.

Within the next two decades the parish more than doubled in size, resulting in the need for a new worship space. The present church was dedicated on Nov. 22, 1992.

As the new millennium approached, a joint effort between Christ the King, Teens Encounter Christ, and Cursillo resulted in the construction of the Believers Together Community Center. Dedicated on July 20, 2002, the center has hosted numerous retreats, education classes, special events and community celebrations during which participants discovered Christ, renewed their faith, and enjoyed times of fellowship.

Christ the King today embraces nearly 1,400 families and includes a diverse mix of ethnicities. Founded 50 years ago by persons with long U.S. roots as well as those of Polish and Belgian backgrounds, the parish today also includes Hispanic, Pakistani, Filipino, Vietnamese, and Korean families.

In the early 2000s, the first immigrants from Togo, Africa, started arriving and in 2010 the parish added a once-a-month Togolese Mass. During this summer, in fact, the Togolese community designed special anniversary fabric from which many parishioners have crafted items to wear and use for the jubilee celebration.

Father Donald Levitt has guided Christ the King as pastor since 1998. For more information on the jubilee weekend events, call (309) 762-4634 or visit christthekingmoline.org.