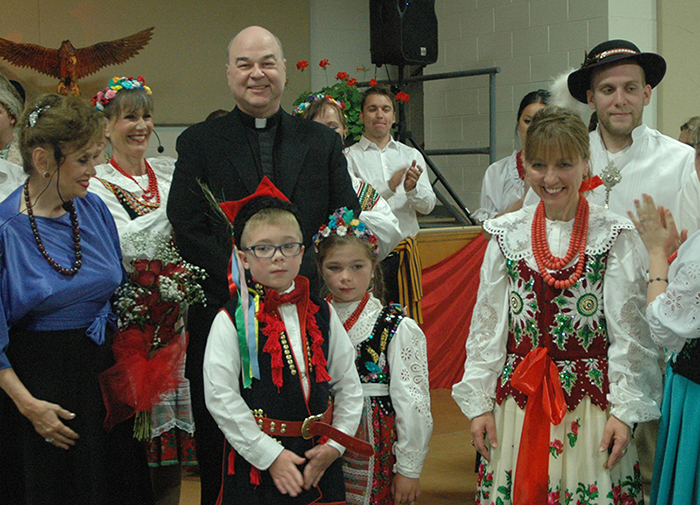 PERU — A funeral Mass was offered July 21 at St. Valentine Church here for Msgr. J. Brian Rejsek, 58, pastor of St. Valentine and St. Mary parishes in Peru who devoted much of his priestly life to Hispanic ministry and service on the diocesan Marriage Tribunal.

“The coroner said (he) had an enlarged heart,” said Father Rudy Juarez in his homily at the funeral Mass. “Hmmm. Monsignor had a big heart. We could have told him that.”

Father Juarez, a priest of the Diocese of Davenport, recalled Msgr. Rejsek’s love of academics, language — he spoke eight languages and was learning a ninth — and culture, but said “most of all Monsignor was a brother, son, uncle, priest, and pastor who loved people” and lived for the Lord.

Bishop Daniel R. Jenky, CSC, was principal celebrant of the funeral Mass, which included a Scripture reading and some of the music in Spanish. A private burial took place at Queen of Heaven Cemetery in Hillside. 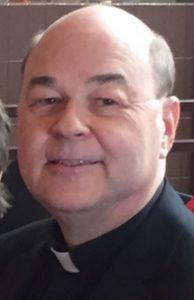 In addition to various parish assignments and Tribunal service, Msgr. Rejsek was a former episcopal vicar of Hispanic ministry for the diocese, a former rector of St. Mary’s Cathedral in Peoria, and previously served as vicar of the LaSalle Vicariate. When the Diocese of Peoria opened the sainthood cause for Archbishop Fulton J. Sheen, Msgr. Rejsek was promoter of justice for the cause.

Born Dec. 24, 1958 in Evergreen Park to Joseph C. and Eileen G. (Pembroke) Rejsek, he was raised in Riverside and a graduate of Fenwick High School in Oak Park. Msgr. Rejsek was at the University of Illinois in Champaign studying Russian language and literature when two priests serving at the Newman Center there — Msgr. Edward Duncan and Msgr. William Watson — invited him to consider the priesthood.

He decided to pursue the vocation. After attending the University of St. Thomas and St. John Vianney Seminary, both in St. Paul, Minnesota, he received his degree in theology from Kenrick Seminary in St. Louis.

Msgr. Rejsek’s first assignment following ordination, as parochial vicar of Holy Cross Parish in Mendota, set him on a path that wove throughout his priesthood — ministry to Spanish-speaking populations in parishes throughout the diocese.

“I fell in love with the people,” he told The Catholic Post in a 2011 interview on the occasion of his 25th anniversary of ordination. Later that year he earned a master’s degree in Latin American literature and culture. Shortly before his death he had been accepted into a doctoral program at Northern Illinois University and was studying Nahuatl, the native language of St. Juan Diego, seer of Our Lady of Guadalupe near what is now Mexico City. He frequently organized bus trips to the Chicago area to visit various ethnic communities.

Two years after ordination, Msgr. Rejsek was sent to Rome for further studies. After earning a licentiate of canon law in 1990, he returned to the diocese and began service with the diocesan Marriage Tribunal that continued for 27 years, both in full-time and part-time capacities. He served as an advocate, defender of the bond, and as presiding, associate, and synodal judge.

He served on the diocesan personnel board and on the parishes and institution committee. Pope John Paul II named him a Chaplain to His Holiness with the title of monsignor in 2003.

Survivors include his mother, Eileen, of Western Springs; four sisters, Nancy (Martin) Gardner of LaGrange Park, Joleen (Jon) Tschaikovsky of LaGrange, Denise (Corey) Gritsch of Palos Hills, and Monica (William) Koder of Las Vegas, Nevada; seven nieces and nephews; two great-nieces and one great-nephew. He was preceded in death by his father, Joseph; one sister, Kathleen Kapelanski and one niece, Shannon Gardner.

EDITOR’S NOTE: A video of priests of the diocese singing the “Salve Regina” as Msgr. Rejsek’s body was carried from St. Valentine Church at the close of the funeral Mass may be viewed on The Catholic Post’s Facebook site.