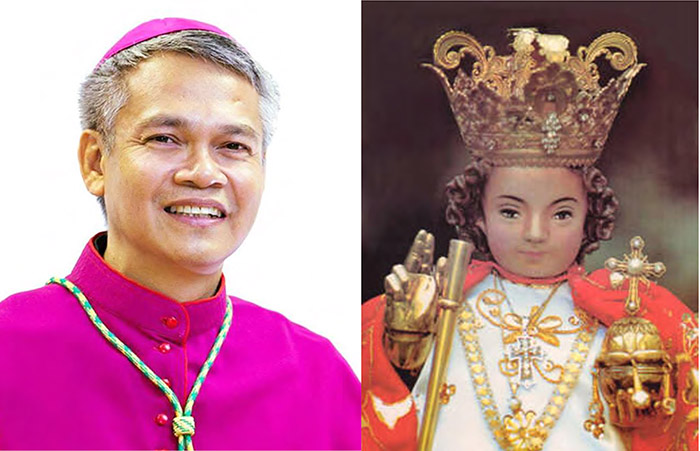 Bishop David William V. Antonio, apostolic administrator of San Jose, Occidental Mindoro, Philippines, will concelebrate Mass for the Peoria-area Filipino community at St. Joseph Church in Peoria on July 22. The Mass will also include a procession and blessing of Santo Nino icons, such as the one pictured at right.

The Filipino-American community of central Illinois is preparing to welcome a special guest to its celebration for the 19th anniversary of the enthronement of the Santo Niño de Cebu at St. Joseph Church in Peoria. He is Bishop David William V. Antonio, who was appointed auxiliary bishop of the Archdiocese of Nuevo Segovia, Philippines, in 2011 and apostolic administrator of the Apostolic Vicariate of San Jose, Occidental Mindoro, Philippines, in 2015.

He will concelebrate Mass for the community on Saturday, July 22, at 5:30 p.m. with Father Jim Pankiewicz, parochial vicar for the parishes in the Heart of Peoria Catholic Community. Among them is St. Joseph Church, 103 Richard Pryor Place, where the liturgy will take place.

Following Mass there will be a procession and blessing of all the Santo Niño icons present, and Benediction.

The celebration will continue with a Filipino potluck in the parish hall.

A novena started on July 13 and continues at 6 p.m. each day through July 21 in Father Clair Bourdereaux Hall at Sacred Heart Church, 504 Fulton St., Peoria.

The Santo Niño devotion originated in the Philippines and dates back to the Christianization of the Filipinos.

A statue of the Infant Jesus, believed to be a baptismal gift given to Queen Juana by Ferdinand Magellan, was found in a chest in 1564 and was placed temporarily in a chapel on Cebu until a basilica was named to enthrone it. The Augustinian church in Cebu City, the oldest in the country, became the site.

The devotion has become widespread. Many Filipinos have a statue in their homes, where it faces the front door to greet visitors.

January is the Santo Niño festival month in the Philippines. The celebration is traditionally held on the third Sunday of January.