Four women profess vows with the Apostolic Sisters of St. John in Princeville 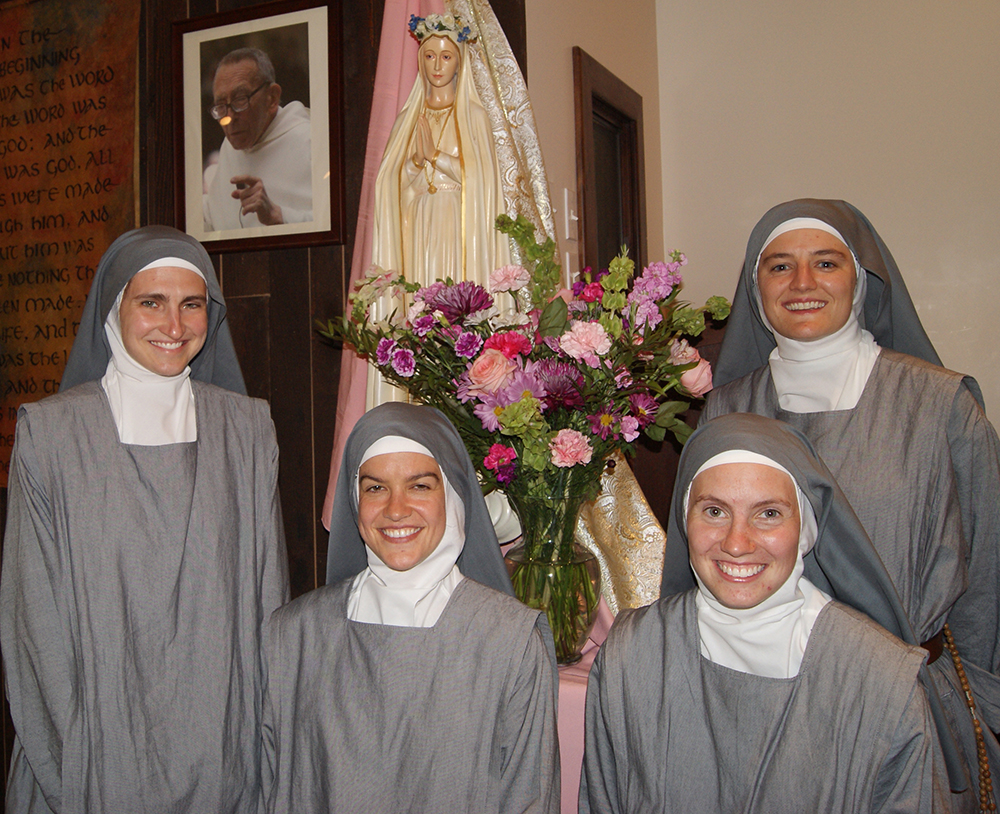 For the first time since establishing their novitiate at St. Kateri Tekakwitha Priory in Princeville two years ago, the Apostolic Sisters of St. John celebrated the temporary profession of four women. They are Sister Anna Clare of Hogan, Pennsylvania; Sister Anne Elizabeth of Leidel, Michigan; Sister Grace of Beauclair, North Dakota; and Sister Hope of Lesnau, Texas.

They made their profession during a Mass on June 18, the Solemnity of the Most Holy Body and Blood of Christ (Corpus Christi). Accepting their vows in the name of Sister Anne-Cécile, general prioress on the Apostolic Sisters of St. John, was Sister Anne of Jesus, prioress of the Princeville community.

After signing their cedula — a document attesting to the vows they had taken — on the altar, each of the newly professed Sisters sang, “Receive me, Lord, according to your Word, and I will live. Let my hope not be in vain. Alleluia!”

Two of them will now minister in France, while one will travel to New Jersey and one will remain in Princeville.