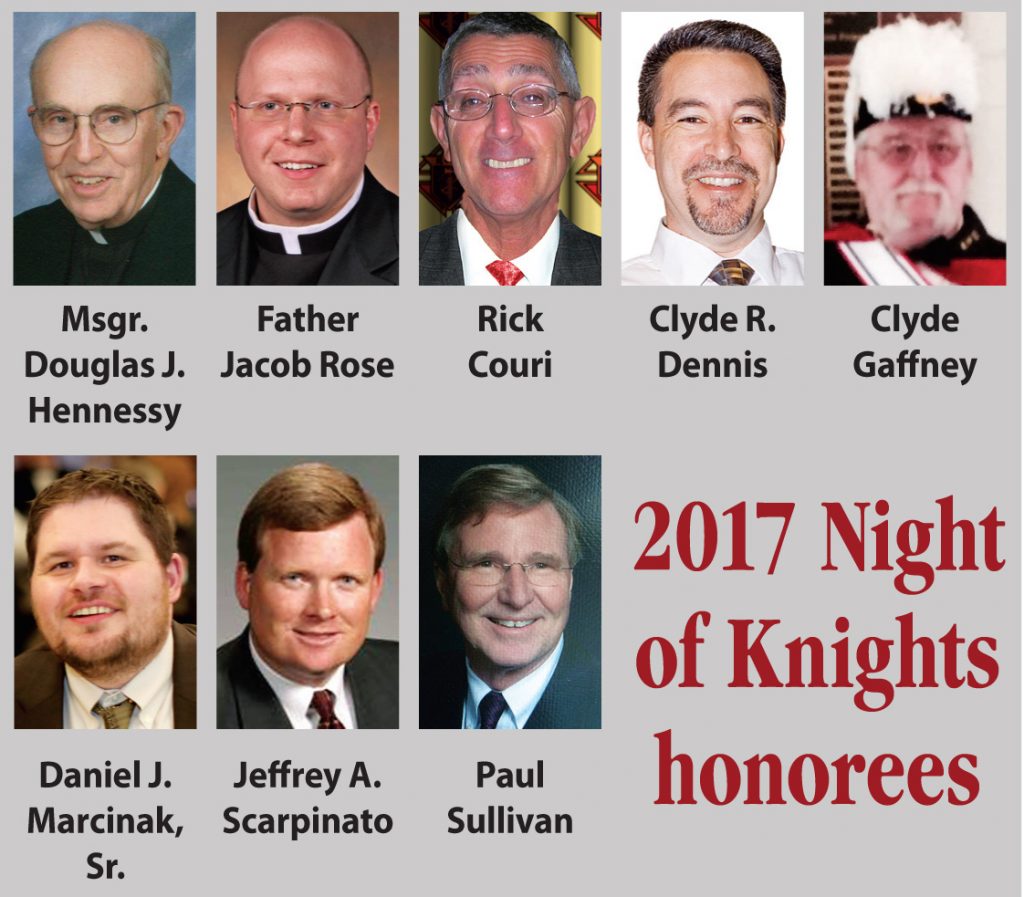 STREATOR — Eight members of the Knights of Columbus from around the Diocese of Peoria will be honored for outstanding service to the organization, the church, and their communities at the 29th annual “Night of Knights” recognition dinner here on Saturday, April 1.

The event, sponsored by the Peoria Diocese Chapter Knights of Columbus, begins with a 4 p.m. Mass at St. Michael the Archangel Church, 513 S. Shabbona St. A social period will follow at the Msgr. George A. Dzuryo Council No. 790 Clubhouse, 806 Oakley Ave.

Dinner will be served at 6 p.m. with the program to follow.

Dinner tickets are $30 each and must be purchased no later than March 25. Tickets will not be available at the door.

Following are brief biographies of this year’s honorees. 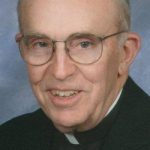 Msgr. Hennessy is a 51-year member of the Knights of Columbus. A member of the Fourth Degree and a strong supporter of the organization, he has served his current council as chaplain since 2004.

Named a Chaplain to His Holiness with the title of monsignor in 2004, Msgr. Hennessy was granted senior status in 2013. 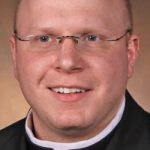 An 11-year member and a Fourth Degree Knight, Father Rose serves as chaplain for his council and organized its “Building the Domestic Church” program. He assists with the men’s steak night each month.

Father Rose is very involved with St. Michael the Archangel School, including directing and acting in the school play for the past three years and cooking his famous chili for school fundraisers. He is also active in the St. Vincent de Paul Society and its fundraisers.

Ordained a priest on May 25, 2013, his first assignment was as parochial vicar at St. Michael the Archangel Parish, Streator, St. Patrick, Seneca, and as chaplain of Marquette Academy, Ottawa. He is currently administrator of St. Joseph Parish, Peru. 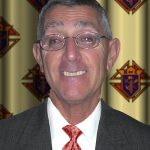 Couri has planned, ordered, and delivered the beverages for all of the council’s numerous functions for 30 years and serves as a bartender at fish frys and fundraisers.  A Knight for 34 years and a member of the Fourth Degree, he has served as the council’s lecturer and church director and has been recognized as its Knight of the Month three times and Knight of the Year once.

He is a member of St. Monica Parish, where he is an extraordinary minister of Holy Communion, been active in the Christ Renews His Parish program, served as chair of the parish’s Annual Diocesan Appeal, and performed as the Easter Bunny for two parishes for more than 20 years.

Couri is a Red Cross blood and platelet donor and participated as a runner in the St. Jude Memphis to Peoria Run for 15 years, volunteering as driver for the runners for another 15 years. He has twice served as president of the Itoo Society men’s branch and works all of their annual fundraisers.  He also volunteers at South Side Mission. 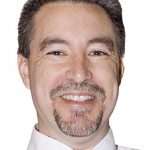 Dennis has served his council as deputy grand knight, chancellor, and pro-life director.  A seven-year member, he is also his council’s representative on the respect life committee at St. Jude Parish, Peoria.  He began the First Friday Rosary for pro-life in 2009 which continues today at St. Jude, and organized a pro-life program in Peoria called the Night of Knights during which Knights pray outside of the Peoria abortion clinic in the evenings of the 40 Days for Life campaign. He helped open the Women’s Care Center in Peoria in 2013 to provide free, confidential counseling, support and education to women facing unplanned pregnancies, serving on its board of directors until 2016.

An oblate to the Congregation of St. John in Princeville, Dennis serves as a table leader for the “That Man is You” program conducted at St. Vincent de Paul Parish in Peoria.

He and his wife, Christine, have been married for 21 years and have three children. 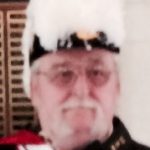 A 48-year member of the Knights of Columbus, Gaffney is a charter member of his council and is currently serving as its grand knight for a second time. During his first term as grand knight, the council received the Star Council Award. He is an active Fourth Degree Knight and currently serves Streator Assembly No. 2109 as faithful pilot.

An usher and active volunteer at St. Joseph Parish, Gaffney served as president of the Holy Name Society for several years.  In the community, he has been a Lions Club member since 1975, serving as board member and president, while on the district level he has been a regional and zone chairman and was elected district governor  for 2011-12. He has received the Lions Club Volunteer Service Award from the Illinois Lions Governor as well as the Melvin Jones Fellow Award.

Gaffney has been an election judge for many years and served 14 years an emergency medical technician with the Marseilles Area Ambulance Service.  He is a U.S. Air Force veteran. He and his wife, Pat, have been married for 48 years. 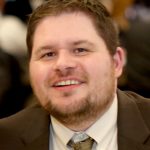 A past grand knight and current trustee, Marcinak’s selfless service and dedication have helped the council grow and succeed. During his tenure as grand knight, the council twice received the Star Council Award. He has been a Knight for 10 years and is a member of the Fourth Degree.

Marcinak is an active member of St. Jude Parish, Peoria, where he currently serves as chair of the pastoral council and coordinator for the parish’s Shared Mission Team facilitating parish activities. In the community he is vice president of the executive board of directors of the Women’s Care Center in Peoria and has helped organize fundraising appeals and coordinate volunteer assistance for the center’s activities.  He has supported pro bono work though the Street Law Program and has assisted low-income citizen file their annual tax returns.

Daniel and his wife, Michelle, have been married for 14 years and have seven children.

Scarpinato is a 23-year member of the Knights of Columbus. He has served as his council’s financial secretary, been a member of its pro-life committee for 18 years, and has chaired the pro-life pancake breakfast for 15 years.  A Fourth Degree Knight, he is a multiple recipient of the council’s Knight of the Month award.

At St. Mary Parish in Moline, Scarpinato is a lector and has been a money counter, CCD teacher, and youth group leader. He has served three terms on the parish council, including two terms as its president, and is a founding member of the St. Joseph Men’s Group.

In the community, he is a 10-year board member of the Women’s Choice Center of the Quad Cities, serving four years as board president. He is a member of the Kiwanis Club. Scarpinato and his wife, Judy, are strong supporters and major financial contributors to the United Way, Genesis Health Foundation, WCC, Augustana College, as well as Alleman High School and Seton Catholic School.

He and Judy have been married for 27 years and have four living children. 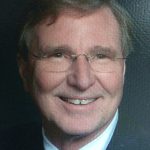 A 48-year member of the Knights of Columbus, Sullivan is currently a trustee for his council and treasurer of the Home Corporation. He updates and maintains all the council’s information technology and legal and liability correspondence. Sullivan has been honored by his council as Knight of the Month and he and his family have been recognized as Family of the Month.

At St. Vincent de Paul Parish, Sullivan has been an extraordinary minister of Holy Communion and a Sunday collection counter.

He has served as president of the Optimist Club, president of the Cyber Chapter of the Association of Legal Administrators, and was a member of the board of directors for the Economic Development Council for Central Illinois. He has participated as a runner in the St. Jude Memphis to Peoria Run, helping to raise $100,000 through his efforts, and was involved in organizing the St. Jude Springfield to Peoria Run.

He and his wife, Deanna, have been married for 52 years and have three children.