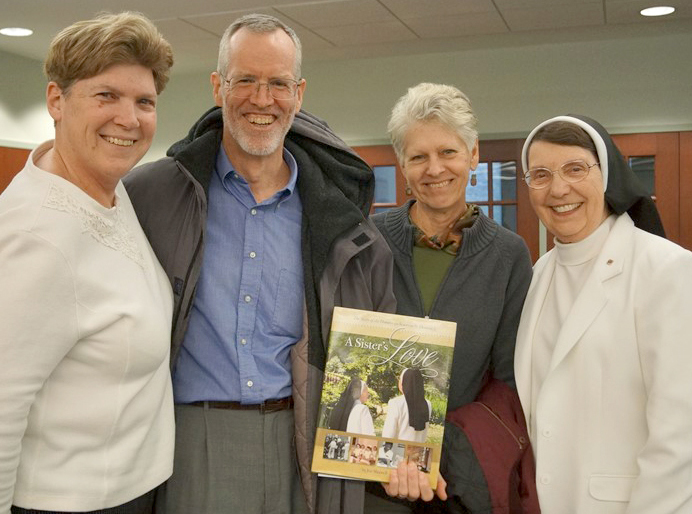 Sister Dorothea Sondgeroth, OP, (right) is featured in a new book about the life and ministry of the Springfield Dominicans at St. Dominic Health Services in Jackson, Mississippi. With her are Sister Kathleen Anne Tait, OP, and Robert and Melinda McElligott. Robert’s late aunt, Sister Maura McElligott, was one of the founders of St. Dominic’s. (Provided photo)

She may not wear a mask and cape, but Sister Dorothea Sondgeroth, OP, has the ability to lift heavy hearts and spirits, along with prayer. The Mendota native’s life and work are profiled in “A Sister’s Love: The Story of the Dominican Sisters at St. Dominic’s.”

Written by journalist and author Joe Maxwell, the book commemorates the 70th anniversary of the founding of St. Dominic Hospital in Jackson, Mississippi. The only Catholic hospital in the state, it is now part of St. Dominic Health Services, a sponsored ministry of the Dominican Sisters of Springfield. 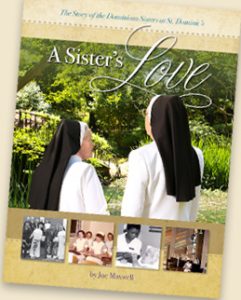 Sister Dorothea has spent most of the last 53 years at St. Dominic’s and was its CEO from 1995 to 2012. She is currently associate executive director of St. Dominic’s Foundation.

“She’s famous and beloved in our state and beyond for her faith, business savvy, and community and spiritual leadership,” according to Bryant, who worked at St. Dominic’s for 39 years before her husband, Phil, was elected governor in 2012. “In a day and age when we need heroes, she is a superhero.”

The Dominicans recently sold the book and signed copies at Sacred Heart Convent in Springfield. “A Sister’s Love” is available for $30 and may be purchased online at stdom.com/about-us/ways-to-give/a-sisters-love.