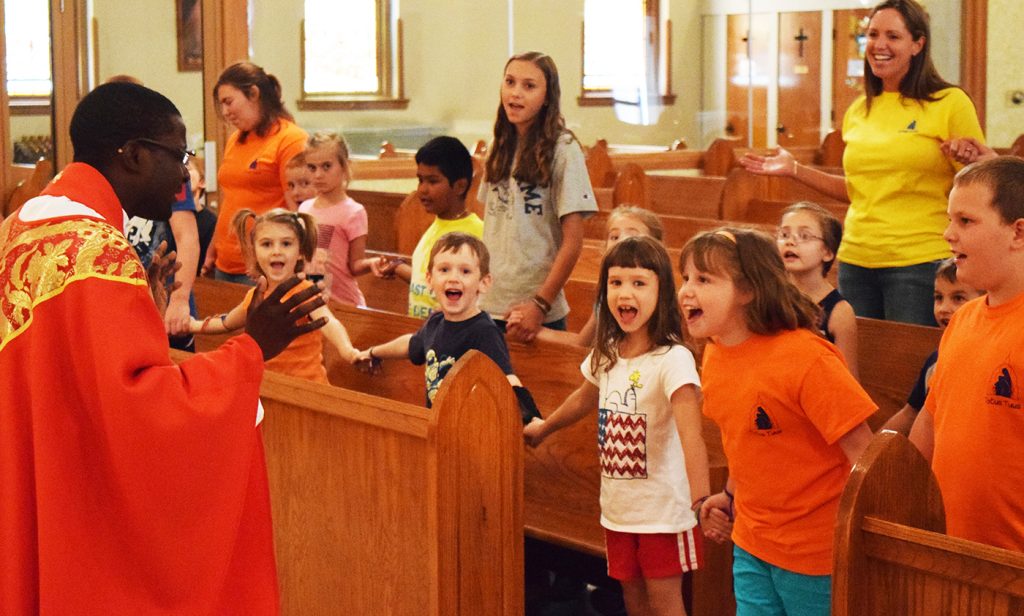 OTTAWA — Lydia Perilles enjoys being a team member of the weeklong faith experience for youth known as Totus Tuus that is being offered at 23 locations in the Diocese of Peoria this June and July.

But that only begins to explain why the Fairview native and Monmouth College senior spends her summer sharing the Catholic faith with young people in a new parish for six weeks. 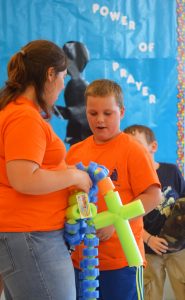 Totus Tuus team member Lydia Perilles assists as Ashton Callahan leads the group at St. Patrick Parish in Ottawa in a Hail Mary of the daily rosary on June 30. (The Catholic Post/Tom Dermody)

“I wouldn’t want to do anything else,” she told The Catholic Post during a break June 30 at the first-ever Totus Tuus held in Ottawa, hosted by St. Patrick Parish. “I’d be wasting my summer.”

For the more than 1,000 grade school children around the diocese who met for faith formation in the daytime sessions of Totus Tuus and the hundreds of junior high and high school students who gathered in the evenings, the summer became a time to grow in their Catholic faith.

“Totus Tuus is a great program and we are thrilled that we were able to bring it to our community,” said Julie Lechtenberg, a member of St. Patrick Parish in Ottawa and a coordinator of the local effort that drew representation from several parishes in the Ottawa region. “We don’t have anything like this in our area.”

Totus Tuus is a Latin phrase that means “totally yours” and was a motto of St. John Paul II in describing his dedication to Jesus through Mary.

Four different teams of college students and seminarians are traveling throughout the diocese this summer to conduct the sessions with creativity and enthusiasm. In addition to study and prayer, the sessions featured plentiful helpings of laughter, games, skits and music all with the goal of helping the youth grow in holiness and better understand the Catholic faith.

This summer’s major themes were prayer (especially the Our Father) and the Glorious Mysteries of the rosary.

Miranda Reinhardt, a member of St. Columba Parish who also served on the six-member planning team in Ottawa, pointed to the fact that the 50 grade schoolers and 25 junior high and high school students kept with the program throughout the week is an evidence of its success.

“The consistency says the most,” she told The Catholic Post. “They’re having fun and coming back.”

“The college students take over,” she said. The duties of the host parishes consist mainly of finding host families for the four-member team and feeding them. Coveyou said she was especially pleased the sessions teach the rosary.

“They say it every day and I think it’s very important,” said Coveyou.

Serving on the team with Perilles were seminarian Ryan Hartness, and college students Bradley Bach and Sam Meismer. In addition to the week in Ottawa, the team has conducted Totus Tuus sessions at St. Philomena and St. Jude parishes, Peoria; in the Danville vicariate; and will finish their 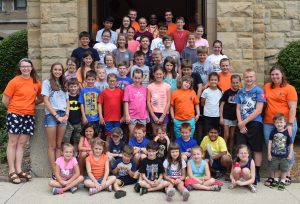 The 50 daytime participants and team members in the Totus Tuus summer faith experience in Ottawa pose for a group photo June 30 outside St. Patrick Church. (The Catholic Post/Tom Dermody)

summer at Holy Family, Peoria, and in the LaSalle Catholic parishes.

The three other Totus Tuus teams and the parishes they are serving this summer include:

“Totus Tuus is really on to something,” said Lechtenberg, whose husband and four children all had roles in helping the Ottawa sessions run smoothly. “We had beautiful weather and the kids were left with something they will likely not forget.”

Amy Chovan, coordinator of the diocesan Office of Vocations, said it may be possible to add a fifth team to conduct Totus Tuus next summer if there is additional interest in the growing program. For more information, contact her at (309) 671-1550 or achovan@cdop.org.

EDITOR’S NOTE: More photos from Totus Tuus in Ottawa have been posted to The Catholic Post’s site on Facebook.