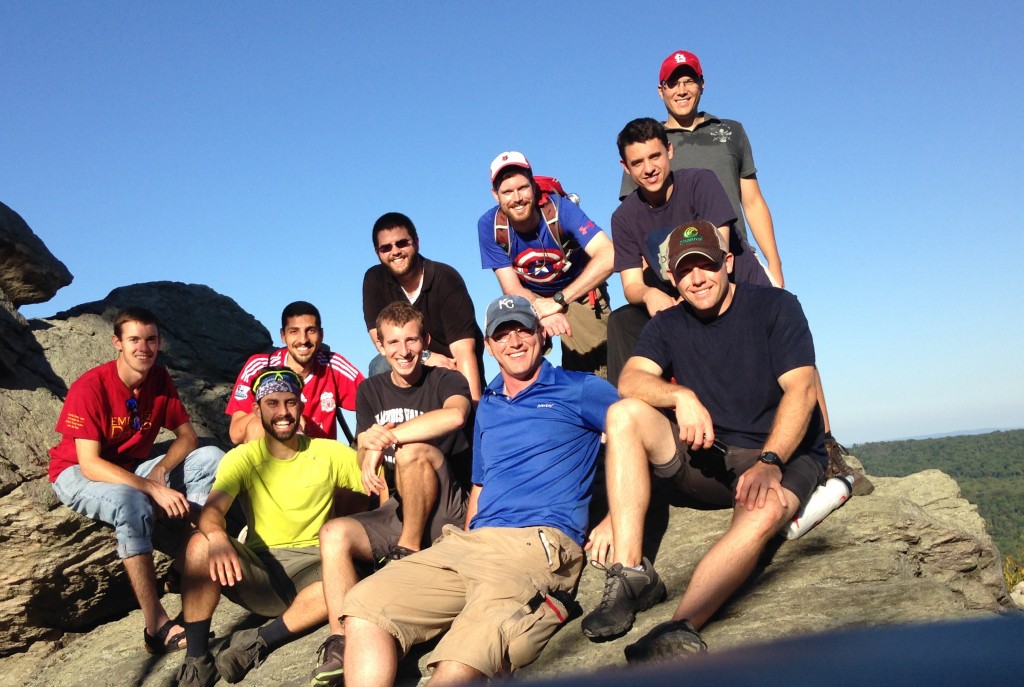 EMMITSBURG, Md. — Taylor Caputo was working in an architecture studio at the University of Illinois when he started to wonder if that career path was taking him in the right direction.

“What’s the purpose of all this? Don’t you want your life to have meaning?” he asked himself. “Maybe I could be a priest.”

“It initially came to me in kind of a joyful, exciting way,” Caputo told The Catholic Post during a recent telephone interview from Mount St. Mary’s Seminary, where he is in his second year of pre-theology studies.

“The peers I was around — they were good men — were also thinking about priesthood,” he said. “Slowly I started putting the pieces together as I recognized heaven as my ultimate happiness and the ways I could work toward that now.”

The young man from Streator, who claims Sts. Peter and Paul in Leonore as his home parish, would follow that path instead. While the road hasn’t been straight or easy, he said every step has been worth it.

A HEART FOR GOD

After Caputo’s revelation, he quickly went into spiritual direction. He also met with Msgr. Brian Brownsey, then director of the diocesan Office of Priestly Vocations, and attended a Christmas party for the seminarians.

“I was experiencing a lot of peace — more than I had ever experienced in my life,” he said. 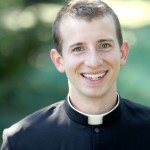 Caputo graduated with a degree in philosophy, but wasn’t quite ready to enter the seminary. He decided to continue his discernment while serving as a missionary with the Fellowship of Catholic University Students (FOCUS) at Ball State University in Muncie, Indiana, for two years.

“As a FOCUS missionary I could continue praying a Holy Hour every day and go to Mass every day,” he explained. “I developed more of a heart for God and a heart for spreading the word, for evangelization.”

In addition, he liked the way FOCUS encouraged young adults to form Bible studies and provided opportunities for person-to-person relationships. Caputo called this “relational evangelization” and said this is the kind of priesthood and parish ministry he looks forward to.

Another key moment in his discernment came a year after beginning his work with FOCUS. He had become close friends with another team member and eventually found the courage to ask her out.

“I was able for the first time in my life to reflect seriously on married life and what it would be like,” Caputo said. “I realized I wanted something different. . . . I wanted a different kind of love. I stepped away from the relationship and made the decision to pursue the seminary.”

That step led to another as he considered a priestly life with the Fathers of Mercy, a community based in Auburn, Kentucky. A member of that community visited the Ball State campus once a month and Caputo was drawn to his “holiness and goodness.”

“Mission was important to them,” he said. “They travel and preach parish missions. I had thought God had given me a gift for speaking and I could use that, but they also get to hear a lot of confessions — sometimes they hear confessions for hours after their mission sessions.”

“The peers I was around — they were good men — were also thinking about priesthood,” he said. “Slowly I started putting the pieces together as I recognized heaven as my ultimate happiness and the ways I could work toward that now.”

Caputo has a love for the sacraments, especially the sacrament of reconciliation, so he appreciated that aspect of the community’s mission. After eight months of prayer and growth with the Fathers of Mercy, he realized that he wanted his service to be one of relational evangelization like he experienced with FOCUS.

“The Fathers of Mercy are only there for one week. In the FOCUS model you’re planted in one place and share life,” he said. “A diocesan priest does that — walk with people and help them develop their faith.”

God didn’t wait too long before placing him on the road back to the Diocese of Peoria. He entered Mount St. Mary Seminary in 2014.

“He said, ‘Stop discerning and start preparing.’ That helped me recognize that I have come to a place where committing to and preparing for the priesthood more closely reflects the state of my heart in response to God’s initiative and calling,” Caputo said.

His isn’t the only ordination his family is anticipating with great joy. His father, Robb, is in formation to be a permanent deacon for the Diocese of Peoria.

In the meantime, the younger Caputo said what he needs most from the people of central Illinois is prayer.

“They have a huge impact for us,” he said. “Also, hearing from people back home in the diocese encourages me. It shows that there are others, whom I want to serve someday, sharing my love for the church.”

The other thing that assists the seminarians is when people live out their vocations and pursue holiness. He quoted St. John Paul II, who said marriage and priesthood are complementary.

“We grow in recognition of what it means to be a good priest by seeing married life lived the way God intended it,” Caputo said. “Everybody has a vocation. It’s a benefit for us. It really is.”

For more information about the other diocesan seminarians studying at Mount St. Mary’s or Immaculate Heart of Mary Seminary in Winona, Minnesota, visit comeandfollowme.org.

EDITOR’S NOTE: This story was part of Vocations 2016, a special section of the March 13, 2016 issue of The Catholic Post. To view the full section, click here.