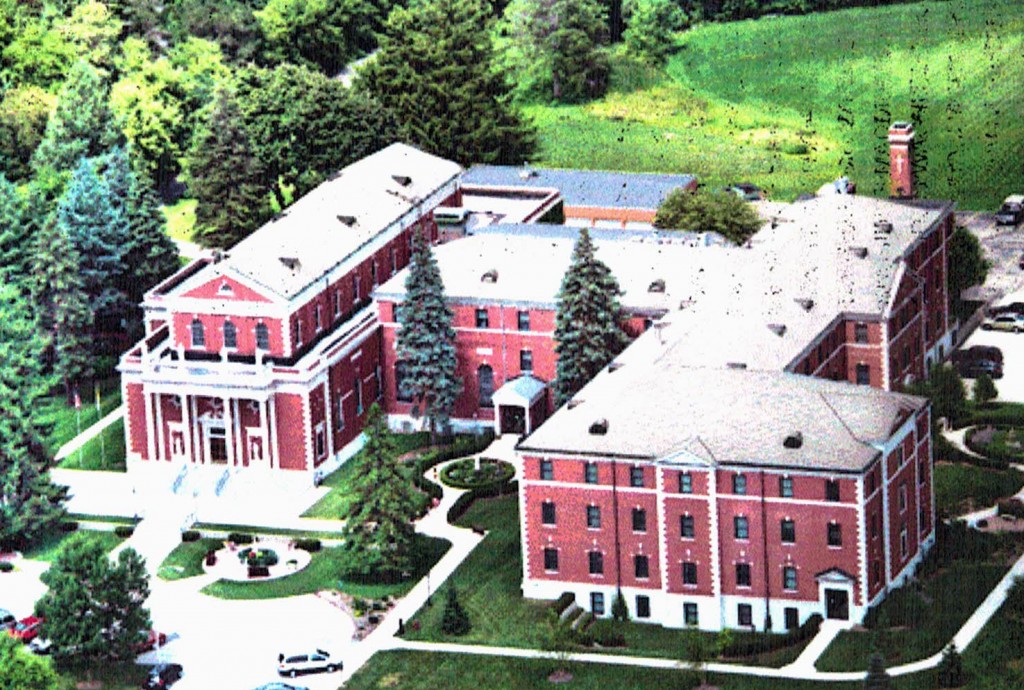 Marytown, home to the National Shrine of St. Maximilian Kolbe and sponsored by the Conventual Franciscans, is located in Libertyville. Provincial headquarters are in Chicago.

EDITOR’S NOTE: This is the last in a series featuring religious communities and other forms of consecrated life around the Diocese of Peoria. The Year for Consecrated Life, which began with the First Sunday of Advent, Nov. 30, 2014, closed Feb. 2, 2016, the World Day of Consecrated Life.

It may have been founded more than 800 years ago, but there’s nothing out of date about the Conventual Franciscan Friars. In fact, staying close to their roots of living the Gospel life in prayer and fraternity, “without anything of our own,” allows the friars to minister in fresh, new ways, according to Father Patrick Stoffer, OFM Conv.

“We reach out from where our convents are, our houses, to others,” said Father Patrick, pastor of Holy Family Parish in Peoria and guardian of the Conventual Franciscan community in the Diocese of Peoria. The friars — six priests and one brother — also serve at St. Mary in Wenona, St. John the Baptist in Lostant, St. Patrick in Minonk, St. Ann in Toluca, St. John the Baptist in Clinton, Sacred Heart in Farmer City, and St. John the Evangelist in Bellflower. 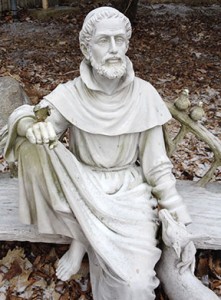 “God showed me what was mine to do. May he teach you what is yours.” — St. Francis of Assisi

“We’re always making sure we look to the needs of those who don’t have anything,” Father Patrick told The Catholic Post. “That was a big part of Francis’ life.”

That can be seen in how the Conventual Franciscans and the members of Holy Family Parish established an ongoing relationship with Immaculate Conception Parish in Tlacoachistlahuaca, Mexico. Not only do parishioners support their sister parish with an aluminum can drive, an annual Mexican dinner, and other fundraisers, but members of the Mexican Mission Committee have traveled to Tlacoachistlahuaca for visits, Father Patrick said.

Holy Family School is also involved in the fundraisers and writing letters to their counterparts.

Father Patrick added that there is also a “booming” St. Vincent de Paul Society at Holy Family, which offers assistance to those in need on the local level.

DEVOTION TO THE EUCHARIST, MARY

While they strive to “own nothing of our own” and to let their brothers in community use freely whatever they do own, Father Patrick said poverty was not their founder’s greatest virtue.

“It was really humility. He was known to be a very humble person,” Father Patrick explained. “Poverty certainly added to that aspect, but his focus was always on Christ, never on Francis. He never wanted to step in the way. To emulate that part of his life is important for us.”

Putting Christ first in the Eucharist is another hallmark of the Conventual Franciscan life, he said.

“I read recently it wasn’t just a devotion of Francis, it was the devotion of St. Francis,” Father Patrick said. “He went to frequent Communion, which was not done at all in the 13th century. He wanted others to do that, as well.”

Their life is also distinguished by their devotion to Mary under the title of the Immaculate Conception. It was a Conventual Franciscan, John Duns Scotus, who helped to define that doctrine, and the Franciscans took up the cause as a group.

St. Maximilian Kolbe would champion the devotion and desired that every country have a Marytown, Father Patrick said. The Polish Conventual Franciscan, who was martyred at Auschwitz, was known to hand out Miraculous Medals.

The community’s St. Bonaventure Province sponsors Marytown, a place of pilgrimage and retreat, in Libertyville.

Conventual Franciscans are one of three branches of the religious community founded by St. Francis. Father Patrick said the term “Conventual” comes from the community’s practice of living in houses, known as convents in Europe. In the United States, these houses are called friaries.

Conventual Franciscans worked with German and Polish immigrants in the United States since the mid-1800s. The St. Bonaventure Province was established in 1939.

For more information about the community, visit franciscancommunity.com. Here are some fast facts:

MEMBERS: About 4,500 worldwide, with 45 friars in the St. Bonaventure Province and seven serving in the Diocese of Peoria.

CHARISM: To live the Gospel life in prayer and fraternity, “without anything of our own.”

APOSTOLATES: Parish ministry, education, chaplaincies, retreat centers, service to the poor, Vatican confessors, custodians of the Basilicas of St. Francis in Assisi and St. Anthony in Padua, Italy, care for the environment and God’s creation, work for peace. The province sponsors Marytown and the National Shrine of St. Maximilian Kolbe in Libertyville.