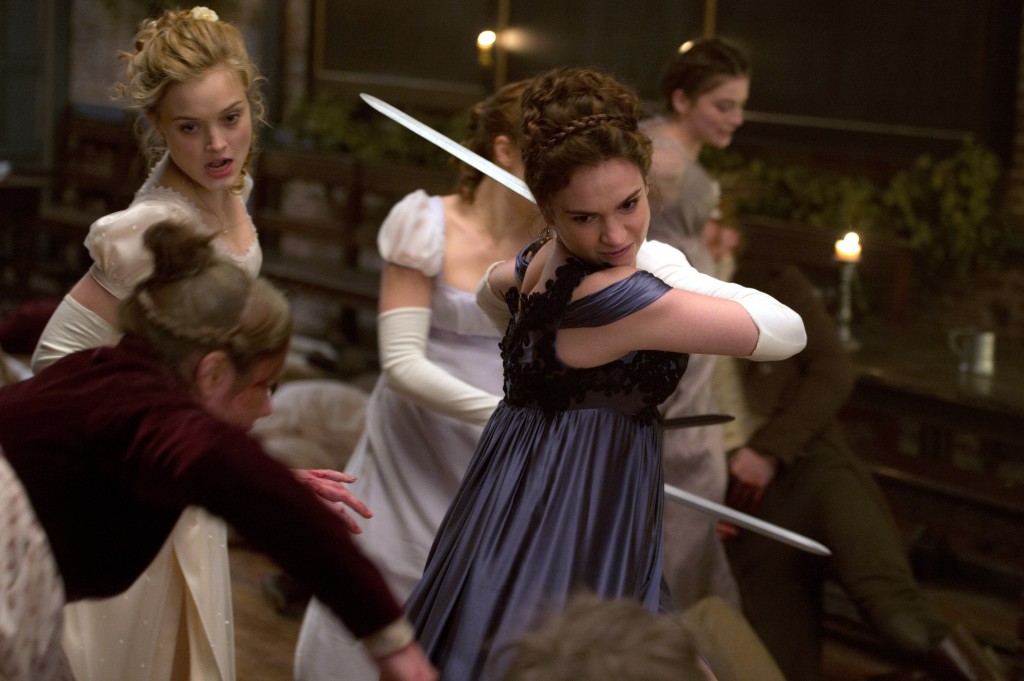 Lily James and Bella Heathcote star in a scene from the movie "Pride and Prejudice and Zombies." The Catholic News Service classification is O -- morally offensive. CNS/Screen Gems

Jane Austen’s classic 1813 tale of manners and relationships in Regency England is barely recognizable in this revisionist comedy-drama, adapted by writer-director Burr Steers from the best-selling novel by Seth Grahame-Smith.

A genteel couple (Charles Dance and Sally Phillips) is anxious to marry off their five daughters, one of whom (Lily James) is a keen observer — and critic — of the courting rituals that result, as several eligible suitors (Douglas Booth, Matt Smith, Jack Huston) come to call. In a bizarre twist on the original, the girls are warriors trained to combat the “zombie apocalypse” that has taken hold in Britain in the wake of a deadly plague in the 1700s. So, too, is yet another romantic prospect (Sam Riley) whose apparent arrogance is offset by his prowess in beheading and garroting the undead.

The film collapses in on its own silliness, but not before several disturbing references to Christianity crop up, including a ghoulish, quasi-sacrilegious parody of the Eucharist. What could have been an amusing if occasionally gory trifle is thus placed well outside acceptable bounds for viewers of faith. An exploitative use of the sacred, bloody violence, some sexual innuendo.

The Catholic News Service classification is O — morally offensive. The Motion Picture Association of America rating is PG-13 — parents strongly cautioned. Some material may be inappropriate for children under 13.