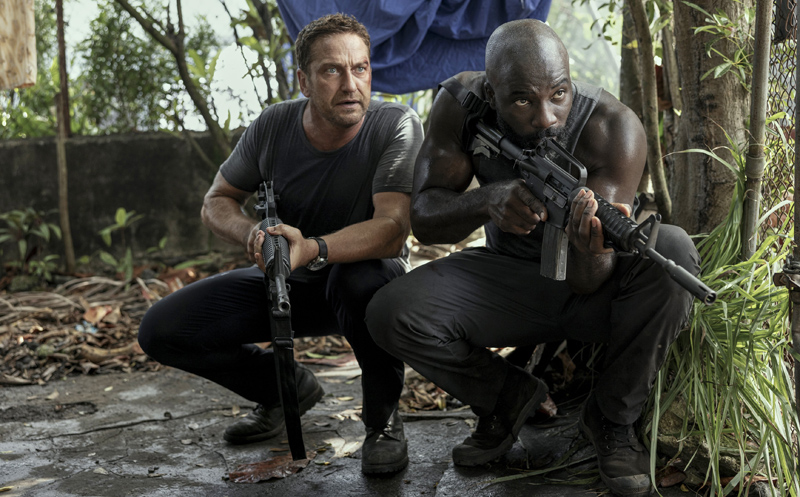 Gerard Butler stars as an airline captain who finds that crash landing his plane after it’s struck by lightning is only the first daunting difficulty he must overcome in this hard-edged action adventure, directed by Jean-François Richet. Other challenges include the fact that the Philippine island to which he was forced to divert is controlled by outlaws (led by Evan Dane Taylor), and that one of his passengers (Mike Colter) is a prisoner being extradited on a murder charge.

Along with macho posturing, the pilot does demonstrate devotion to the welfare of the survivors in his charge, even to the point of sacrificing his own safety. But the gunplay to which much of the running time is devoted ratchets up the mayhem from initially nasty to ultimately gruesome.