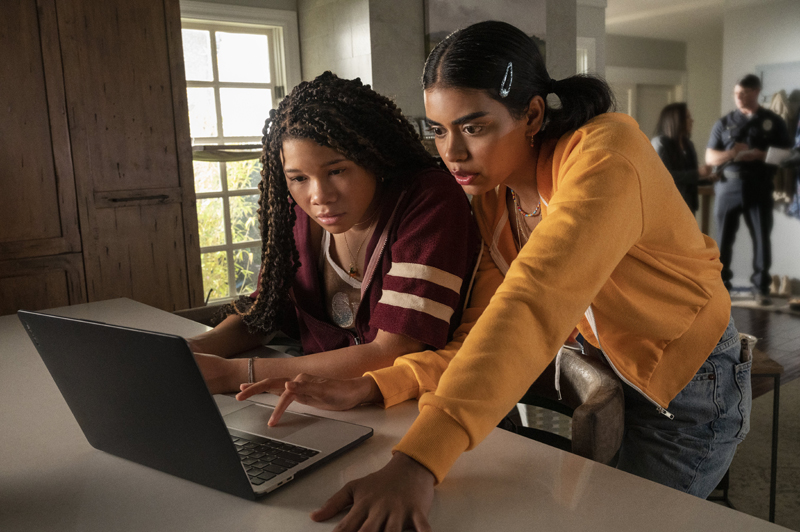 Co-writers and directors Will Merrick and Nick Johnson keep viewers guessing with the ever-shifting plot developments of this internet-focused thriller, a stand-alone sequel to 2018’s “Searching.”

A Los Angeles-based high school senior (Storm Reid) who takes the devotion of her widowed mother (Nia Long) for granted and is none too impressed with mom’s new boyfriend (Ken Leung) treats the couple’s departure for a vacation in Colombia as a cue to party. But when the duo fails to return from the trip as planned, she becomes alarmed and marshals the resources of the web as well as a local contact (Joaquim de Almeida) she hires online to locate them.

Along with mystifying its audience in an enjoyable way, this puzzle piece also tugs at the heart with surprisingly resonant themes about familial trust and caregiving as well as the need to show appreciation for loved ones. As a result, some parents may consider the film acceptable for mature teens.

Brief but intense violence with some gore, underage drinking, at least one use of profanity, about a half-dozen milder oaths, several crude terms, a crass expression. The OSV News classification is A-III — adults. The Motion Picture Association rating is PG-13 — parents strongly cautioned. Some material may be inappropriate for children under 13.