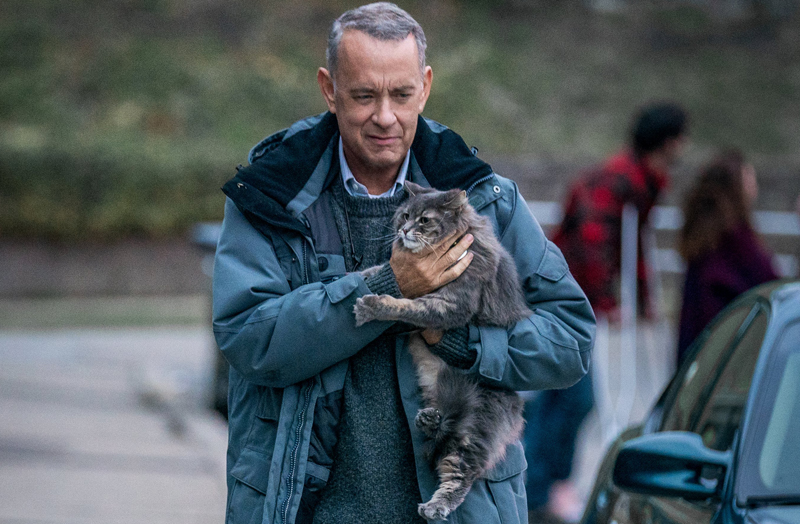 Generally goodhearted but formulaic profile of a curmudgeonly bereaved widower (Tom Hanks) whose grim outlook on life begins to change after he’s befriended, at first unwillingly, by a young couple (Mariana Treviño and Manuel Garcia-Rulfo) who’ve just moved into his suburban housing development. As the sunny, spunky Latina wife works to dispel his isolation and gloom, he reconsiders his longstanding alienation from another married pair in the neighborhood (Juanita Jennings and Peter Lawson Jones) with whom he and his late spouse (Rachel Keller) were once best pals.

Director Marc Forster’s screen version of Swedish author Fredrik Backman’s 2012 novel “A Man Called Ove,” previously adapted in its original language, by Hannes Holm, celebrates kindness, emotional openness and reconciliation. But its treatment of the protagonist’s continuously futile attempts to kill himself is somewhat frivolous while homage is paid to the zeitgeist by the inclusion of a secondary character (Mack Bayda) who is a downtrodden transexual.

Mature themes, including suicide and gender-switching, a couple of profanities, about a dozen milder oaths, occasional crude language, several crass expressions. The OSV News classification is A-III — adults. The Motion Picture Association rating is PG-13 — parents strongly cautioned. Some material may be inappropriate for children under 13.