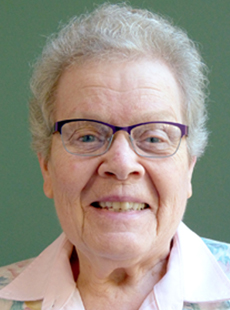 SINSINAWA, Wis. — A funeral Mass was offered Dec. 17 for Sister Joann (Antonia) Feist, OP, at the motherhouse of the Sinsinawa Dominicans here. A natural burial took place on Dec. 8 in the Motherhouse Cemetery.

Born in Bloomington on July 22, 1934, Sister Joann was the daughter of Anthony and Genevieve (Huber) Feist. Her home parish was St. Mary in Bloomington.

She made her first religious profession as a Dominican Sister of Sinsinawa on Aug. 5, 1954, and her perpetual profession on Aug. 5, 1957. She earned a bachelor’s degree from Edgewood College in Madison, Wisconsin, and a master’s degree in natural sciences from the University of South Dakota.

Sister Joann taught for 46 years at all levels of formal education and in community adult learning centers, with many of those years given to private and public schools in the Archdiocese of Chicago. She served in her home diocese at St. Bernard School in Peoria in 1976. In addition to Illinois, her ministry took her to Wisconsin, Nebraska, Alaska, Alabama, and the District of Columbia.

Her parents; sisters Hilda Feist, Mary Belmar, and Marie Witte; and brothers Anthony Feist, Bernard Feist, and Edward Feist, preceded her in death. Sister Joann is survived by a sister, Genevieve Feist; a brother, Bill Feist; nieces and nephews; and her Dominican Sisters, with whom she shared life for 68 years.

Memorials may be sent to the Sinsinawa Dominicans, 585 County Road Z, Sinsinawa, WI 53824-9701, or made online at sinsinawa.org/donate.