Camilla Hopper dies at 108; may have been Diocese of Peoria’s oldest Catholic 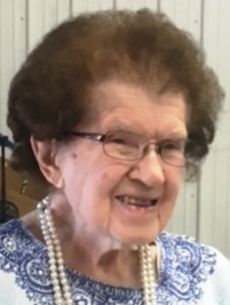 LEONORE — A Mass of Christian Burial was celebrated on Dec. 22 at Sts. Peter and Paul Church here for Camilla Hopper, who at 108 may have been the oldest Catholic in the Diocese of Peoria.

She is familiar to readers of The Catholic Post from photos taken following Masses on her last two birthdays that showed the 4-foot-9-inch Camilla with much taller clergy including Father Austin Bosse and deacons Nathan Hopper and Patrick Wille. The photos set records for response on The Catholic Post’s Facebook page.

Born July 5, 1914, at the Hopper family farm in Osage Township, she was the daughter of Samuel and Anna (Whalen) Hopper. She earned a teaching degree from Illinois State University and her teaching career included stints at St. Xavier (Marquette) in Ottawa and St. Stephen in Streator.

Camilla was a Secular Franciscan and a former parish organist and CCD teacher. She is survived by a first cousin, John (Christine) Whalen of Streator, as well as several second cousins. Burial was in Lostlands Cemetery in Eagle Township.