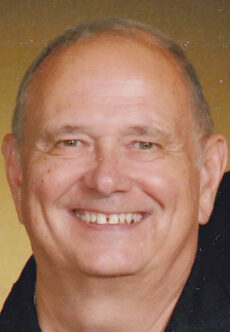 MOLINE — A funeral Mass will be offered at 1 p.m. on Saturday, Jan. 7, at Christ the King Church here for Deacon Gerald “Jerry” Buyck, a permanent deacon who has been on senior status since 2008.

Deacon Buyck, who in the Diocese of Peoria served the former St. Mary Parish in East Moline and later Christ the King Parish in Moline, died at his home on Saturday, Dec. 31, 2022. He was 77.

The Buycks were married for 53 years before Jo Ann died on Oct. 31, 2019. Jo Ann had helped lead Jerry into the Catholic Church while they were dating.

Trained as a draftsman in high school, Deacon Buyck would first be employed by Montgomery Elevator Company. He would go on to work for John Deere and its affiliates for 30 years. The job took him to Dubuque, Iowa, to California, and to Horicon, Wisconsin.

Deacon Buyck had a deep devotion to the Blessed Mother. He told The Catholic Post on the occasion of the 25th anniversary of his ordination in 2021 that it was during trips to Medjugorje in the early 1990s that he heard Mary inviting him to become a permanent deacon.

He contacted the Archdiocese of Milwaukee, began his formation, and was ordained a deacon on by Auxiliary Bishop Richard Sklba on June 1, 1996, at St. Francis de Sales Seminary in St. Francis, Wisconsin.

When the Buycks moved back to the Quad Cities in 1997, Deacon Buyck served at their home parish of St. Mary in East Moline until it closed in 2003. He transferred to Christ the King in Moline and remained there until he was granted senior status in 2008, though he continued to serve on weekends for many years.

His ministry included taking Communion to homebound people, teaching fifth grade catechism with his wife, as well as work with the Rite of Christian Initiation of Adults. In addition, Deacon Buyck served on Cursillo and Teens Encounter Christ weekends, and was active in Special People Encounter Christ and the Christian Family Movement.

He is survived by a daughter, Lisa Buyck-Breselow of Horicon, Wisconsin, and a son, Mark, of Moline; three grandchildren; two great-grandchildren; a brother, Charles (Linda) Buyck; sisters Pat (Jim) Versluis, Sandy (Bill) Verlinden, and Mary Ann (Mike) Gant; and many nieces and nephews.

Memorials may be made to the Alzheimer’s Association.