20 permanent deacons will be ordained Dec. 3, bringing total to 134 in diocese 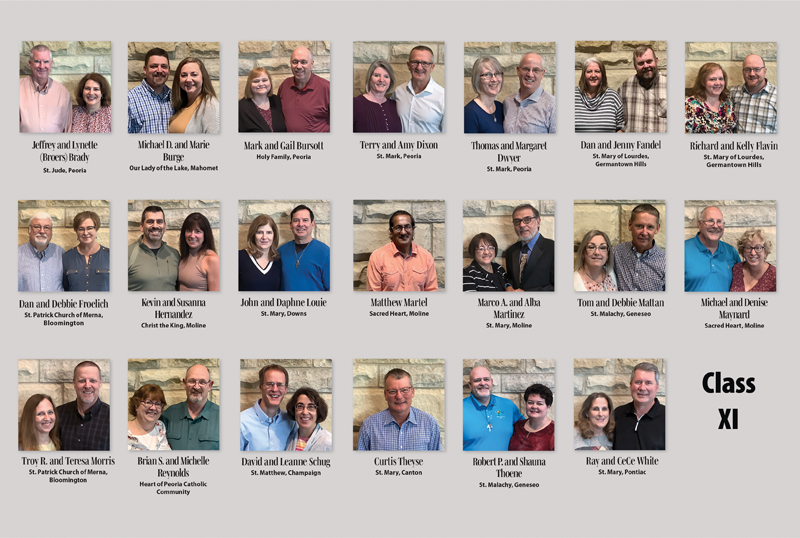 Shown here are the 20 permanent deacon candidates of Class XI and their wives, who were involved in their formation over the last six years. The candidates will be ordained by Bishop Louis Tylka on Saturday, Dec. 3, at St. Mary's Cathedral in Peoria. (Graphic by Sonia Nelson)

On Saturday, Dec. 3, the permanent diaconate of the Diocese of Peoria will grow to 134 when Bishop Louis Tylka ordains 20 men at St. Mary’s Cathedral in Peoria. The Mass will begin at 10:30 a.m.

A reception will follow at the nearby Spalding Pastoral Center. 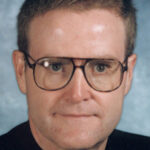 The celebration is expected to fill the cathedral, so admittance is by ticket only, said Msgr. Timothy Nolan, episcopal vicar for the permanent diaconate. He noted that it will be livestreamed from the Diocese of Peoria’s YouTube page, however, and he knows of parishes that are planning to make it available for viewing in their churches and parish halls.

The ordination was originally scheduled for May of this year, but postponed due to the pandemic, Msgr. Nolan explained.

“Because of COVID we went to Zoom for almost seven months,” he told The Catholic Post. “They had not been interacting with each other.”

That makes a difference because formation is more than education. It’s about growth in terms of spirituality, as well as community, Msgr. Nolan said. Formation is also about coming to an understanding of what it means to be a deacon, so the extra time was necessary.

The U.S. Conference of Catholic Bishops notes that the diaconate is one of three ranks in ordained ministry. Deacons preparing for the priesthood are known as transitional deacons, while those not planning to be ordained priests are known as permanent deacons.

“I think the biggest gift that this class is bringing to the church is the love of our Lord and the love of Mother Church, and the great desire to share that love. And they’ve done that wonderfully with each other.” — Msgr. Timothy Nolan

This is the Diocese of Peoria’s 11th class of permanent deacons and they bring a variety of gifts to their parish communities, according to Msgr. Nolan.

“I think the biggest gift that this class is bringing to the church is the love of our Lord and the love of Mother Church, and the great desire to share that love. And they’ve done that wonderfully with each other,” he said.

They also have a great desire to help people come to know how much they’re loved by God, Msgr. Nolan added.

“They’re looking forward to ministry, that’s for sure,” he said. “There’s not a one of them that I would not be happy with having as my own deacon.”

Eighteen of the 20 deacon candidates are married and their wives have been included throughout the five — and now six — years of formation so they can grow in spirituality along with their husbands. Msgr. Nolan said it is important for them to have an understanding of what their husbands are getting into, what will be required of them, and what it means to the family.

It has always been understood that the wives must give permission for their husbands to be ordained, but the new “National Directory for the Formation, Ministry, and Life of Permanent Deacons in the United States of America” now requires them to sign a document stating that, Msgr. Nolan said.

For married permanent deacons the priorities are God, family, work — because that supports the family — and church, he told The Catholic Post. “We work really hard with them on keeping those things in order, too, maintaining that balance of married life and diaconate life.”

For the first year after ordination, the new deacons traditionally serve in their own faith communities. That way they can learn what it means to be a parish deacon before they take on other ministries, such as hospital chaplaincy, said Msgr. Nolan, who has led the permanent diaconate since 2012.