When we pray, do we praise God or self? 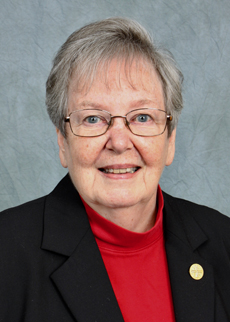 This Sunday’s Gospel presents a vivid portrait of two people at prayer. Jesus tells the parable of the Pharisee and the tax collector. In it we see two people praying in vastly different ways.

The setting is the Jewish temple. The Pharisee takes the usual posture at prayer: imagine him standing in a place of prominence with eyes and hands lifted up toward heaven. He offers a prayer of thanksgiving . . . with a twist! He thanks God for his own self-sufficiency. And he names behaviors that place him above the others: he fasts and tithes beyond what is required and generally does more than what is expected of observing Jewish people. Actually, a close examination shows he is really more praising himself than he is praising God!

Jesus contrasts the Pharisee with a tax collector. Others in the temple are likely to view the tax collector as a shady character: a traitor of sorts working for the Roman occupier and notorious for cheating and skimming money for his own gain. He stands humbly at a distance, in contrast to the Pharisee, bowing his head and beating his breast. And the words of his prayer acknowledge only the merciful God and his own unworthiness.

Jesus makes the lesson of the parable very clear: “I tell you, the latter went home justified, not the former.” This conclusion would have been shocking to Jesus’ disciples: after all, the Pharisee was a law-abiding Jew, while the tax collector was most likely thought of as a robber and sinner. And the tax collector was justified?

“The parable challenges each of us to consider our personal prayer styles and reflect on how we relate to God and connect with others as we pray.”

To understand the meaning of the story for Jesus we need to refer back to the opening sentence of the Gospel: “Jesus addressed this parable to those who were convinced of their own righteousness and despised everyone else.” The Pharisee thought that what made him pleasing was his own virtuous activity, and he looked down with arrogance at everyone around him. The tax collector looked not to himself but to the mercy of God and did not compare himself to anyone else. The Pharisee sees himself as radically independent, neither indebted to God nor connected to his neighbor. On the other hand, the prayer of the tax collector rises from a radical dependence on the love of God and a partnership as sinner with his neighbor.

The parable challenges each of us to consider our personal prayer styles and reflect on how we relate to God and connect with others as we pray. Jesus justifies the prayer that rises from consciousness of dependency on God and solidarity with our neighbor.

There is much food for thought here, especially in our culture in which people seek to be more powerful, more secure, more wealthy, more attractive, and more independent!

The Gospel ends with a favorite Lukan saying of Jesus: “whoever exalts himself will be humbled and the one who humbles himself will be exalted” (see also Luke 14:11). This theme permeates the prayer of today’s liturgy. Note in the first reading: “The Lord hears the cry of the oppressed” and “The prayer of the lowly pierces the clouds.”

In speaking of humility Pope Francis has said, “The Church is not a community of perfect people, but of disciples on a journey, who follow the Lord because they know they are sinners and in need of pardon. Thus, Christian life is a school of humility which opens us to grace.”

And peace activist John Dear writes, “The greatest challenge of our day is: how to bring about a revolution of the heart, a revolution which has to start with each one of us. When we begin to take the lowest place, to wash the feet of others, to love our brothers and sisters with that burning love, that passion which has led to the cross, then we can truly say, ‘Now I have begun.'”

May our reflection on the Gospel open us to a renewed appreciation of the virtue of humility!

SISTER SANDRA BRUNENN, OSB, is director of initial formation for the Sisters of St. Benedict of St. Mary Monastery, Rock Island. She has also served as a teacher, spiritual director, and pastoral minister, and was prioress of her Benedictine community from 2012 to 2020.