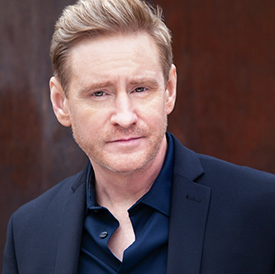 Bart Shatto, a 1983 graduate of Bergan High School in Peoria, played the lead role of Jean Valjean in "Les Miserables" on Broadway for more than a year.

If you didn’t get to see “Les Miserables” on Broadway, don’t worry. Bart Shatto, who played the lead role of Jean Valjean in New York for more than a year, is bringing his talent to the Livingston Auditorium stage at Peoria Notre Dame High School, for “PND Alums Have Talent” on Saturday, Sept. 3. 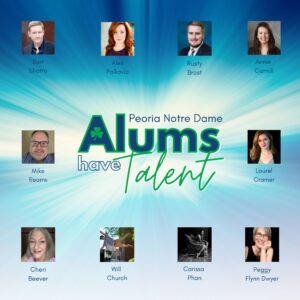 Enlarge to see all the performers at the Sept. 3 event at Peoria Notre Dame.

The showcase will be held at 7 p.m. and include 10 other gifted graduates of the school and its predecessors. Mike Reams, Academy of Our Lady/Spalding Institute Class of 1984, will be the master of ceremonies and will also perform.

Shatto, a 1983 graduate of Bergan High School, started his theatrical career in St. Louis and worked in regional theater before moving to New York City. He has performed as Gus/Growltiger in the national tour of “Cats,” which led to his first Broadway show, “The Civil War.”

In addition to “Les Miserables,” other Broadway credits include “Dracula: The Musical,” “Hands on a Hardbody” (as standby for Keith Carradine), and “War Paint” with Tony winners Patti Lupone and Christine Ebersol.

His television credits include the animated series “Gaspard and Lisa” (as the voice of Gaspard’s Papa), “Murphy Brown,” “Chicago Med,” “Ghost Stories,” and “Guiding Light.” 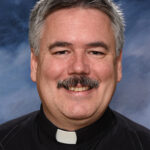 The accompanist will be Denise Adams. Father Stephen Willard (AOL/SI ’85), pastor of St. Vincent de Paul Parish in Peoria, will open the evening by singing the Irish Blessing song.

The cost is $30 for in-person or virtual tickets and $20 for students. For tickets or to find the biographies and photos of the performers, click here.