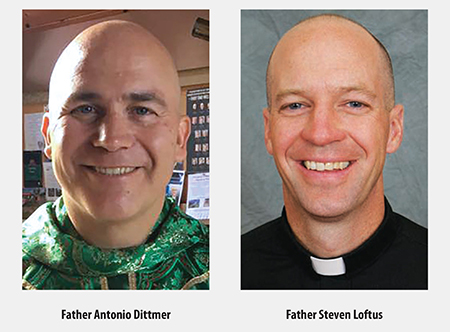 Bishop Louis Tylka has recently appointed two priests as vicars forane to serve regions of the Diocese of Peoria.

Father Steven Loftus, pastor of Holy Family Parish in Danville, has been named vicar forane of the Danville Vicariate, comprised of five parishes in the communities of Danville, Georgetown, Hoopeston, and Westville. Father Loftus succeeded Father Bowan Schmitt, who was assigned outside the region, on June 30.

A vicar forane is an experienced priest appointed by the bishop to exercise limited jurisdiction over a specific part of a diocese. The Diocese of Peoria is divided into 12 vicariates.