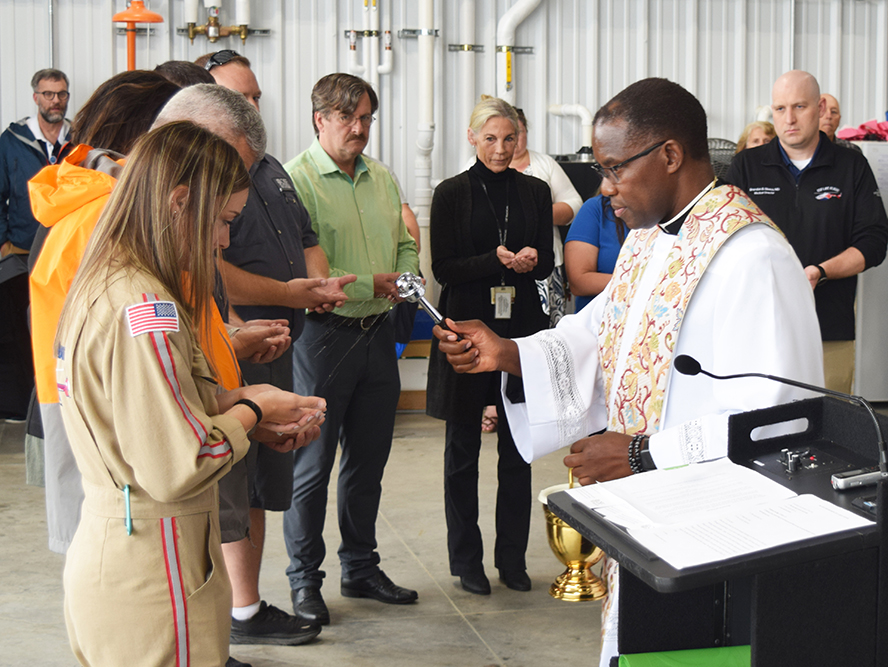 GALESBURG — The OSF Life Flight “angels of mercy in the air” and two of their medical helicopters now have a permanent base at OSF HealthCare St. Mary Medical Center.

Blessing and ribbon-cutting ceremonies took place on June 10 at a newly built, spacious aviation hangar adjacent to the medical center in Galesburg. 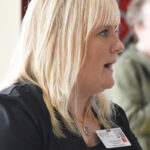 “This is truly an historic moment in Galesburg as we add this service,” said Lisa DeKezel, president of OSF HealthCare St. Mary Medical Center and OSF HealthCare Holy Family Medical Center in Monmouth. While OSF Life Flight has relocated a helicopter daily to Galesburg for five years, the presence of a permanent hangar and crew of four pilots, 12 medical team members and a mechanic will allow the transportation service to be available 24 hours a day, seven days a week when “minutes matter” — especially in the surrounding rural communities, said DeKezel.

Sister Judith Ann Duvall, OSF, called the hangar “sacred ground” because it is in the service of human life. OSF Life Flight crew members, she added, become “the hands and the heart of God’s sacred mission.”

“I like to call them ‘angels of mercy in the air,’” said Sister Judith Ann, who chairs the OSF HealthCare Boards.

Based in Peoria, OSF Life Flight also has hangars and crews in Peru and Bloomington in the Diocese of Peoria as well as in Rockford. 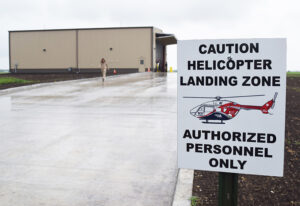 Presiding at the blessing ceremonies was Father Deus-Dedit Byabato, chaplain of OSF HealthCare St. Mary Medical Center. Before sprinkling holy water around the hangar, on a helicopter, and on ceremony attendees, he called forward members of the flight crew and blessed their hands.

“Think of all you do with your hands each day that contributes to meeting the needs of others physically, spiritually, and emotionally,” said Father Byabato. “You have chosen to bless others with your hands in the work you do.”

Also speaking at the June 10 ceremonies was Kathy Devine, vice president of Helicopter Emergency Services for OSF Aviation. She traced the pioneering history of helicopter use by OSF HealthCare, and noted OSF Aviation is “the only health care system owned air ambulance in Illinois.”

Those arriving early for the ceremonies witnessed one of the helicopters taking flight in response to a call.

EDITOR’S NOTE: More photos from the blessing ceremony have been posted to The Catholic Post’s site on Facebook.