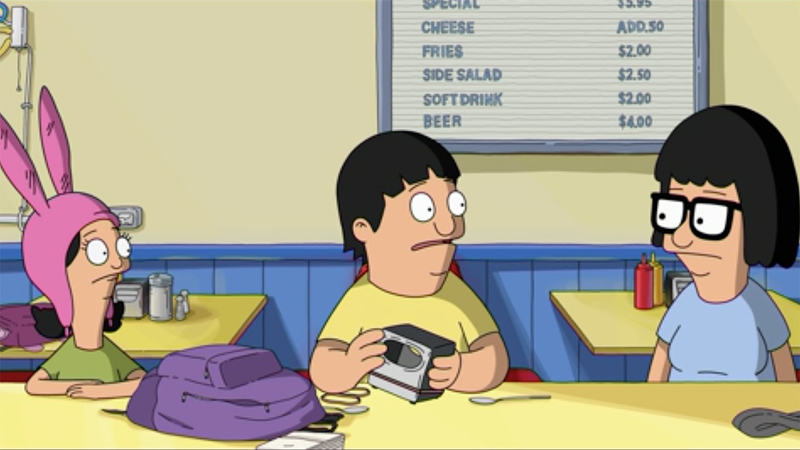 This is a scene from "The Bob's Burgers Movie." The Catholic News Service classification is A-III -- adults. (CNS/20th Century via EPK TV)

With the payment on a bank loan looming, a sinkhole abruptly opens up in front of the family eatery, threatening its future. As Mom and Dad try to adapt to the situation, the youngsters set out to solve the murder of a skeleton found in the suddenly formed pit, hoping to clear their wealthy landlord (voice of Kevin Kline), who stands accused of the crime, and thus gain his financial help.

Directors Loren Bouchard and Bernard Derriman’s adaptation of the long-running Fox TV show, which Bouchard also co-wrote, mixes wry observations and quirky personalities with a few jaunty songs. But the dialogue is larded with restrained swearing while the elder daughter’s romantic thoughts about a schoolmate (also voiced by Benjamin) sometimes focus on the seat of his pants, making this most appropriate for older teens and their seniors.