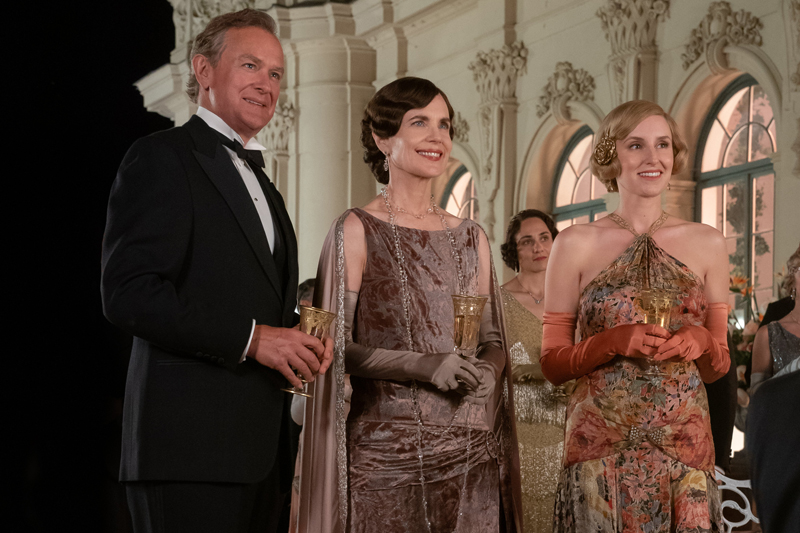 Screenwriter Julian Fellowes once again weaves his magic with this second film adaptation of his landmark ITV and PBS television series. This time out, the titular grand manor plays host to the cast and crew of a silent movie whose director (Hugh Dancy) falls for the married elder daughter (Michelle Dockery) of the estate’s owners (Hugh Bonneville and Elizabeth McGovern) who now supervises the property.

While the mansion’s servants (led by Robert James-Collier) are mostly agog to meet the movie folks (headlined by leading man Dominic West and glamor girl Laura Haddock) its proprietors and several other family members evade them by decamping to the French Riviera where the recent demise of an old beau of the clan’s tart-tongued matriarch (Maggie Smith) has left her in possession of his seaside villa.

As directed by Simon Curtis, Fellowes’ script affirms marital fidelity even in the face of neglect and celebrates the reconciliation of once-antagonistic relatives. Yet, though discreetly handled, and even ambiguous, a subplot that sees James-Collier’s butler gaining the affections of West’s Douglas Fairbanks-like actor makes this best for grown viewers, though it’s possibly acceptable for older teens.

Mature themes, including same-sex attraction and illegitimacy, a couple of mild oaths. The Catholic News Service classification is A-III — adults. The Motion Picture Association rating is PG — parental guidance suggested. Some material may not be suitable for children.