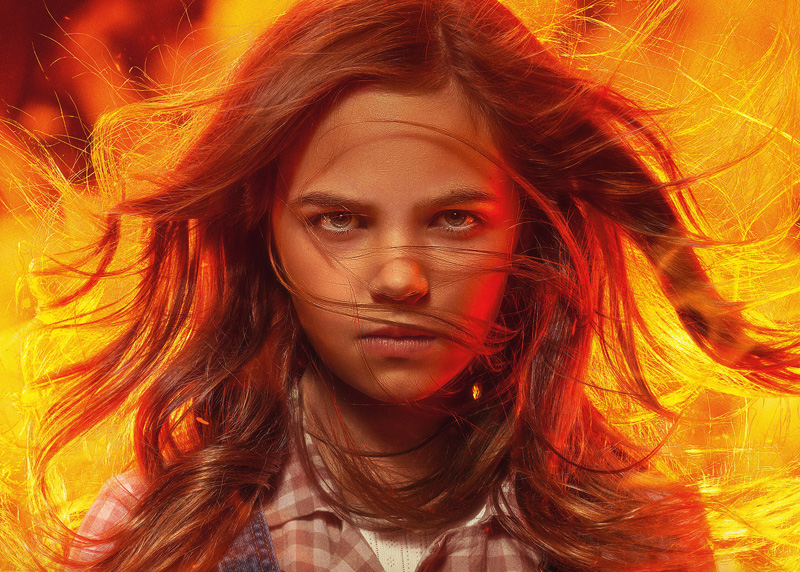 This is the movie poster for "Firestarter." The Catholic News Service classification is A-III -- adults.(CNS/Universal)

Having inherited paranormal abilities from her parents (Zac Efron and Sydney Lemmon), who obtained their own gifts after being experimented on as college students, a young girl (Ryan Kiera Armstrong) is targeted by the same shadowy organization that tinkered with mom and dad and forced to become a fugitive to evade the assassin (Michael Greyeyes) the group has dispatched to kidnap her. The moral underpinnings of this downbeat fantasy comport with Gospel values as the youthful heroine tries to control her destructive powers, using them, for the most part, only in self-defense, and eventually extends forgiveness in lieu of exacting revenge. But viewer interest in her story is likely to be no better than lukewarm while a few grisly interludes are graphic fare even for grown-ups.

Gunplay and other violence with some gore, several gruesome images, a couple of uses each of profanity and milder oaths, about a half-dozen rough terms, occasional crude and crass language. The Catholic News Service classification is A-III — adults. The Motion Picture Association rating is R — restricted. Under 17 requires accompanying parent or adult guardian.