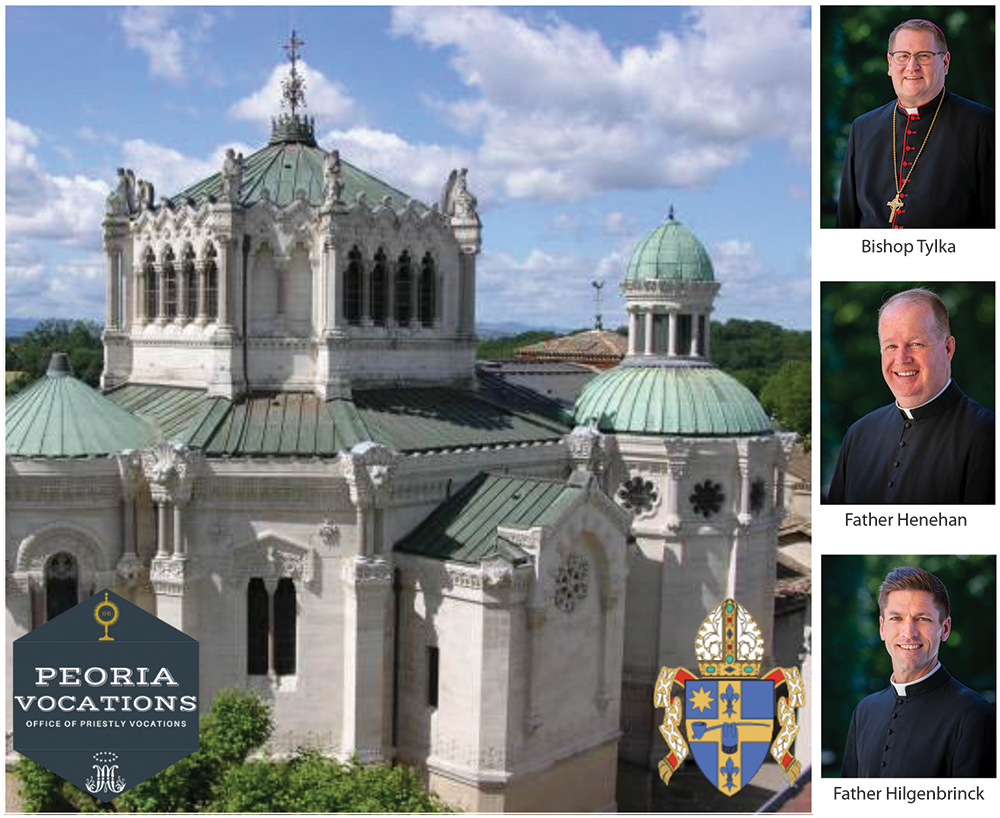 The Basilica of Ars -- which houses the tomb of St. John Vianney, the patron of parish priests -- is among the sites to be visited during a 10-day pilgrimage to France being planned in early 2023 by the diocesan Office of Priestly Vocations and led by Bishop Louis Tylka.

Bishop Louis Tylka and leaders of the diocesan Office of Priestly Vocations will be spiritual directors for a 10-day pilgrimage to France being planned for Jan. 22-31, 2023.

Organizers emphasize the trip will blend prayers for “an increase of holy, healthy, and happy priestly vocations” in the Diocese of Peoria with cultural
excursions including three days in Paris and a visit to Normandy beach, site of the D-Day invasions.

In his Easter letter to the Diocese of Peoria, Bishop Tylka listed “vocations” among five foundations to build upon in the months and years ahead.

“We all share the responsibility to encourage and support those who believe they have a divine call to serve the Church as a priest or religious,” he wrote.

To that end, pilgrims on the trip to France will pray at the homes and tombs of patrons of vocations, including:

Other cities to be visited include:

The trip will be capped at 40 travelers, with an initial registration deadline of July 31, 2022. Various packages are offered, including full or land-only options and a cash discount price. Standard prices are $3,758 per person for the full package (with flights originating at O’Hare airport in Chicago) and $3,058 for the land-only package. Providing coordination for the trip is Catholic Travel Centre, based in Burbank, California.

Registration forms and further details are available online at comeandfollowme.org, or by contacting Carla Oliver, administrative assistant in the Office of Priestly Vocations, at (309) 671-1550, coliver@cdop.org.