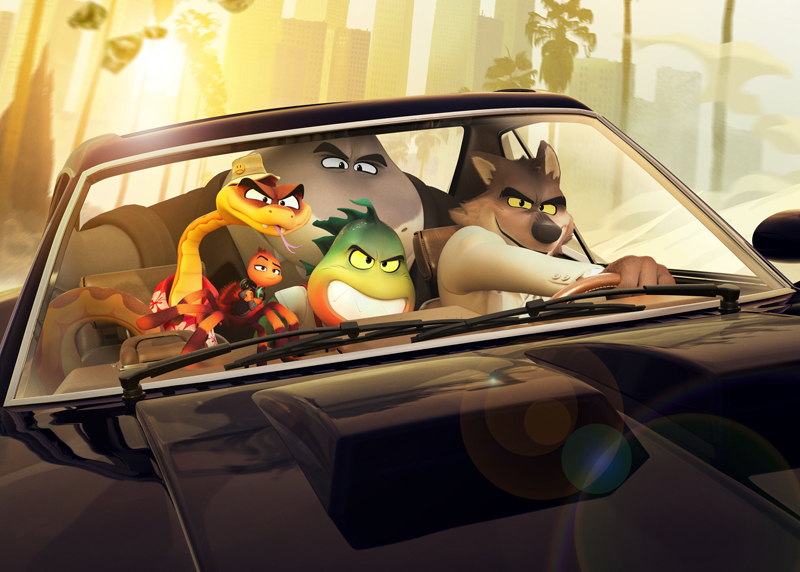 This is the movie poster for "The Bad Guys." The Catholic News Service classification is A-II -- adults and adolescents. (CNS/DreamWorks Pictures)

High-octane animated caper comedy in which a criminal gang of anthropomorphized animals in Los Angeles (voiced by Sam Rockwell, Marc Maron, Craig Robinson, Anthony Ramos and Awkwafina) endeavor to steal a valuable award statuette but are caught in the act. As California’s governor (voice of Zazie Beetz) prepares to hand them over to the city’s chief of police (voice of Alex Borstein), the recipient of the prize, a humanitarian guinea pig professor (voice of Richard Ayoade), intervenes to propose an experiment intended to transform the miscreants into do-gooders.

Parents will be delighted with the lesson in character development that follows while kids will be so diverted by the erstwhile villains’ struggle to overcome their long-practiced wrongdoing, they may not even realize they’re being taught the importance of virtue and the value of true friendship. While it’s sometimes too scary for small fry and includes a smattering of gastro-intestinal and anatomical jokes, veteran animator Pierre Perifel’s feature debut, adapted from a series of books by Aussie author Aaron Blabey, delivers good values wrapped up in a funny package. A rollicking treat for all but the youngest.