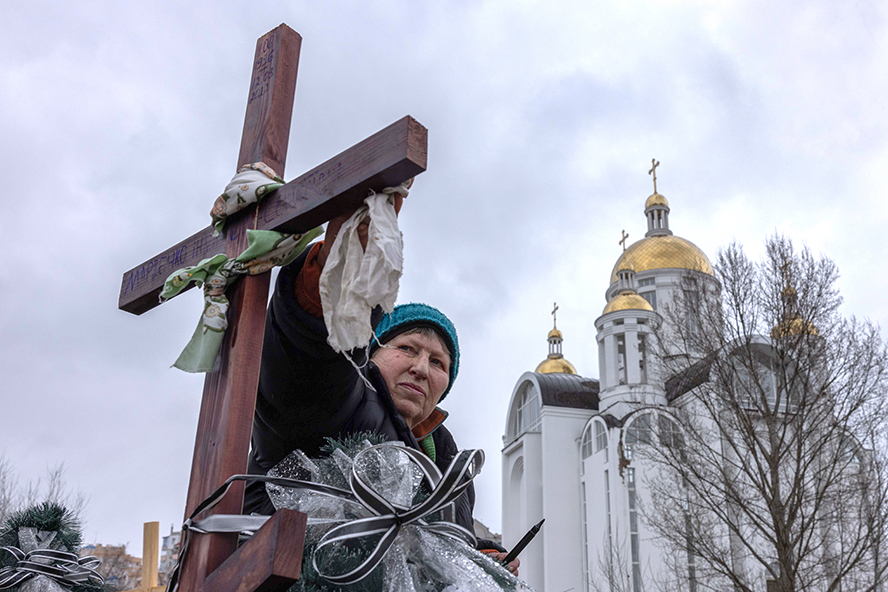 ROME (CNS) — European Catholic and Protestant leaders echoed Pope Francis’ appeal for an Easter cease-fire in Ukraine, and they asked Russian Orthodox Patriarch Kirill of Moscow to support it.

“We are writing to request your public support for this initiative,” they wrote to the patriarch, who has repeatedly supported President Vladimir Putin’s invasion of Ukraine. “In doing so you could demonstrate how much importance you attach to giving Christians in Russia and in Ukraine, sisters and brothers in Christ, the necessary respite to enable them to celebrate Easter in peace and dignity.”

Cardinal Jean-Claude Hollerich, president of the Commission of the Bishops’ Conferences of the European Union, and the Rev. Christian Krieger, president of the Conference of European Churches, released their letters to the patriarch, Putin and Ukrainian President Volodymyr Zelenskyy April 13 after visiting the Polish-Ukrainian border together.

In their letter to Putin and Zelenskyy, Cardinal Hollerich and Rev. Krieger quoted the pope’s wish that the cease-fire not be a time for rearming in preparation for more combat, “but a truce to reach peace through real negotiations open to some sacrifices for the good of the people.”

With Easter being celebrated April 17 on the Gregorian calendar and April 24 on the Julian calendar, used by most Christians in Ukraine and Russia, the church leaders called for the truce to run from just after midnight April 17 to midnight April 24.

The cease-fire, they told the political leaders, would be “of benefit to all the citizens of both your countries, giving them a respite from the worrying uncertainty about the lives of their loved ones who are either fighting in the conflicts or affected by them.”

In their letter to the patriarch, the leaders also noted that “after two years when Easter had to be celebrated with certain restrictions due to the pandemic, we are hoping, with your support, to create conditions which will allow all of us to celebrate those essential moments for all Christians: the passion, death and resurrection of Jesus Christ.”