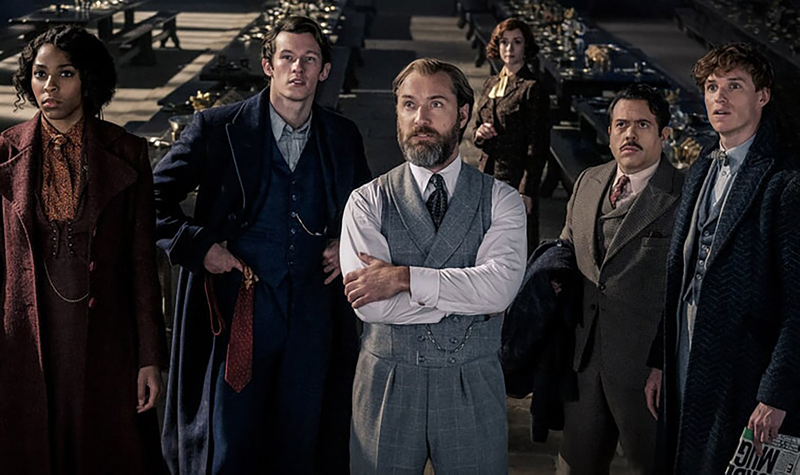 This is a scene from the 2022 film "Fantastic Beasts: The Secrets of Dumbledore." The Catholic News Service classification is A-III -- adults. (CNS/courtesy Warner Bros.)

Tepid third installment in the fantasy franchise that began in 2016 with an adaptation of J.K. Rowling’s “Harry Potter”-related novel “Fantastic Beasts and Where to Find Them.”

Returning director David Yates takes viewers on a trot around the globe of the early 1930s and marshals imposing special effects. Yet, as scripted by Rowling and Steve Kloves, this latest chapter in the ongoing battle between a good wizard (Jude Law) and the evil sorcerer (Mads Mikkelsen) with whom he was once in love is unlikely to capture viewers’ imagination.

The team assembled to aid the cause of white magic includes a collector of the titular creatures (Eddie Redmayne), his bureaucrat brother (Callum Turner), a professor (Jessica Williams) and a merely mortal baker (Dan Fogler). Since their adventure comes bogged down by yet another Hollywood attempt to mainstream gay relationships, it’s unsuitable for youngsters, some of whom might be more willing than their elders to overlook the film’s failure to evoke much interest in its characters or their fate.

Stylized violence, a couple of gruesome sights, occult themes, a benign view of homosexual acts, a crass insult. The Catholic News Service classification is A-III — adults. The Motion Picture Association rating is PG-13 — parents strongly cautioned. Some material may be inappropriate for children under 13.