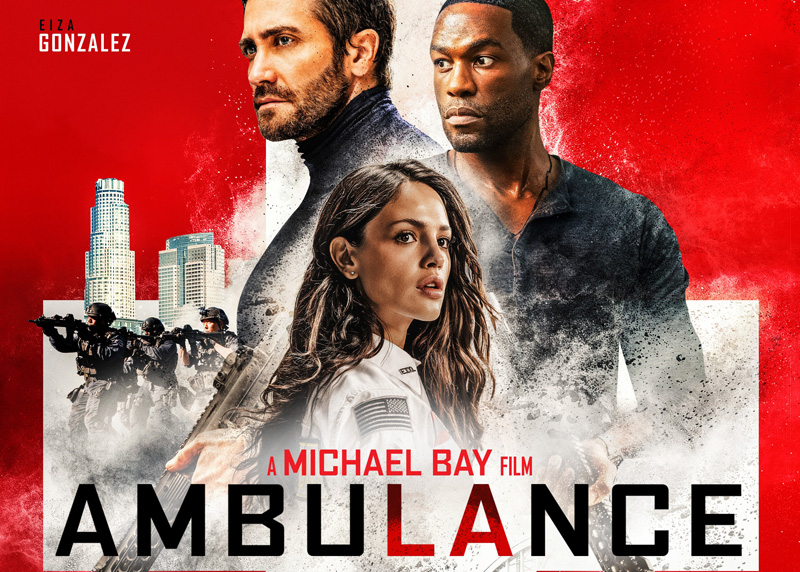 This is the movie poster for "Ambulance." The Catholic News Service classification is L -- limited adult audience, films whose problematic content many adults would find troubling. (CNS/Universal)

Director Michael Bay’s tense crime drama centers on an Afghan War vet (Yahya Abdul-Mateen II) who gets caught up in a bank heist masterminded by his mentally unstable adoptive brother (Jake Gyllenhaal). When the crime goes awry, they hijack an ambulance in which a paramedic (Eiza González) is struggling to treat a policeman (Jackson White) the ex-soldier accidentally shot. During the ensuing chase, which finds the duo matching wits with an LAPD captain (Garret Dillahunt) and an FBI agent (Keir O’Donnell), the protagonist wavers between the decency embodied by the EMT and the desperation to which his sibling has been driven in his desire to escape justice.

While the plot is sometimes farfetched and the atmosphere occasionally overheated, the moral dilemma is intriguing. Yet this remake of a 2005 Danish film confronts viewers with a gruesome surgical sequence, a steady cannonade of swearing and, in passing, the gay civil marriage of O’Donnell’s character.