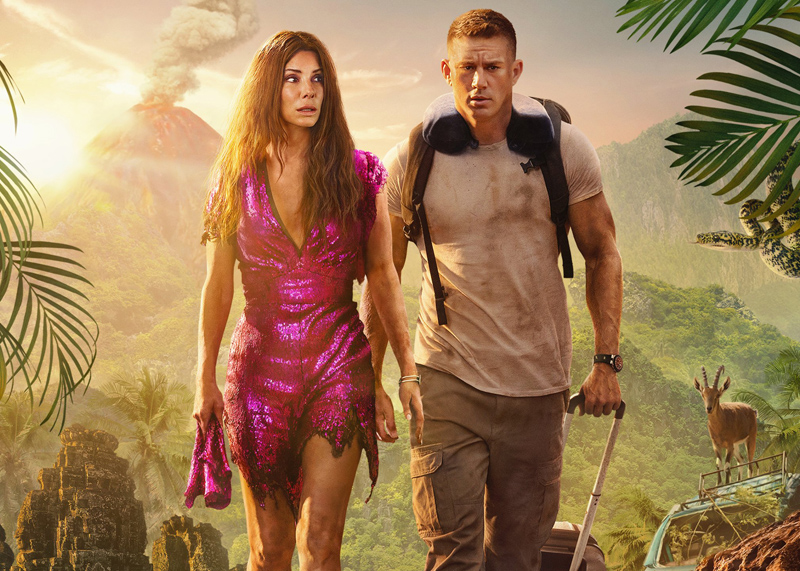 This is the movie poster for "The Lost City," staring Sandra Bullock and Channing Tatum. The Catholic News Service classification is A-III -- adults. (CNS/Paramount Pictures)

Crowd-pleasing blend of action, comedy and love story in which a widowed romance novelist (Sandra Bullock) is kidnapped by a crazed billionaire (Daniel Radcliffe) who believes her latest book, based in part on research she did years earlier with her archaeologist husband, holds the key to finding a fabulous treasure buried on a tiny tropical island. Despite having none of the skills needed to do so, her cover model (Channing Tatum), who has long carried a secret torch for her, promptly sets off to rescue the scribe.

As directed and co-written by brothers Aaron and Adam Nee, the travails of the central pair as they run through the jungle trying to evade the abductor’s minions certainly provide some amusing moments, and a cameo appearance by Brad Pitt in the role of a seemingly invincible Navy SEAL is nothing short of hilarious. But a couple of sequences, one of shocking mayhem and another in which a character strips down in a nonsexual context, make this doubtful fare even for mature teens.

Brief harsh violence with graphic gore, shots of rear male nudity played for laughs, other sexual and scatological jokes, a couple of uses of profanity, several milder oaths, occasional crude and crass language. The Catholic News Service classification is A-III — adults. The Motion Picture Association rating is PG-13 — parents strongly cautioned. Some material may be inappropriate for children under 13.