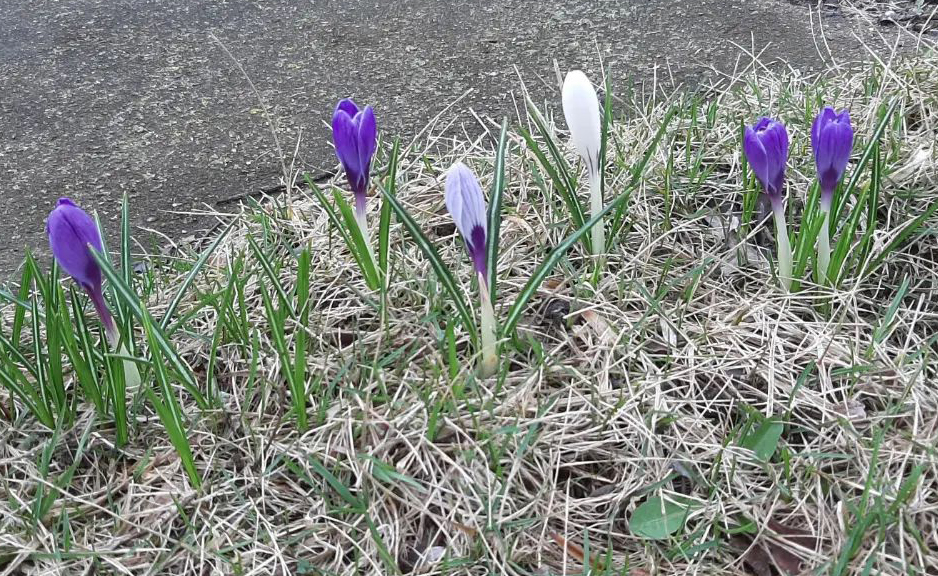 It’s more than just nice when the world starts to open up like a sunflower come spring. It’s wonder-full. That’s a big part of my excuse for finding it hard to think of Lent exclusively as a somber season.

During late February or early March, there’s always a suddenly soft day that arrives out of nowhere as if spring were sending an olive branch. One can sense something different the moment you open the door. The breeze doesn’t bite the cheek, and the very air seems to be asking, “Is this it? Is it spring?” Well, not quite, but it’s a good preview of coming attractions.

Of course, one can’t confuse the harbinger with the real thing. A harbinger is defined by the Oxford Dictionary as “a person who goes ahead and makes known the approach of another; [a] herald.”

That’s exactly what John the Baptist was for his cousin Jesus. John heralded the coming of a new springtime when he announced “the kingdom of heaven is at hand.” Yet, it’s essential never to slide too quickly past the first word of that verse: “Repent.” (Matthew 3:2)

A LIVING, BREATHING PROMISE
However, while I understand and accept the necessity of repenting and looking unflinchingly at what my sins did to my Savior, I must confess that for me and I believe many others, Lent literally brims and beckons with blossoming blessings.

Yes, spring has something to do with it. I am subject to a quickening pulse brought on by lengthening daylight, the head-spinning perfume of moist earth thawing, and buds budding. I don’t know why this always surprises me, as if subconsciously I never really expected winter to end (reminiscent of C.S. Lewis’s Narnia, a land of perpetual winter).

The extra wattage in the sunlight illuminates the return of color to the world, lending even the muck and mud puddles their charm. This living, breathing promise is impossible to ignore. But still, Lent.

More light to see by, but the cross to behold more clearly, and the cross of my own self-inflicted separation through sin. I must admit though, even in the darkness of repentance, I find it hard to pretend I don’t know what’s coming.

MEMORIES FROM PAST LENTS

I blame it on my dear mother. Try as she might, she found it hard to hide an almost-girlish anticipation during Lent. It was like a heightened spiritual awareness had been poured into her spirit. As far as we kids were concerned, the heightening was more about the imminent arrival of the Easter Bunny and his pal Peter Cottontail than anything holy. Still, though her motivations were far nobler than our own, the cumulative effect was as if we were all holding our breath.

There were so many things that made Lent memorable for us. It even happened the day before Lent started. Mom would make pancakes on Shrove Tuesday (we kids called it “Pancake Day”). Later, on March 17, she whose own mother was an Irish immigrant — a daughter of County Cavan — would break out the green for each of us to wear something to school reminiscent of the Emerald Isle on St. Patrick’s Day.

Also, during Lent I went to daily Mass before class, and that had a very interesting secondary impact. To avoid breaking our fast, we were allowed to bring our lunchbox breakfasts to school afterwards. Eating at our desks was a break in formality that felt so special, unfolding waxed-paper sandwiches and a cookie or two, unscrewing the plastic cup that also served as the top of the thermos and pouring in either cool milk, or better yet — hot chocolate.

It was a bit of lesson in waiting, though, as it meant getting up early and walking to St. John the Baptist Church for 8 a.m. Mass then walking to school on an empty tummy, and naturally no one could open their lunchbox until “everyone was sitting down” and Grace had been said.

Lent is all about waiting. Speaking of which, these reflections on the temporal and spiritual blessings of Lent will conclude in Palm Sunday’s edition of The Catholic Post, focusing on the difficult last mile of the journey — Holy Week.