Lindsey Weishar: In the midst of fear, there God is . . . and the light of hope 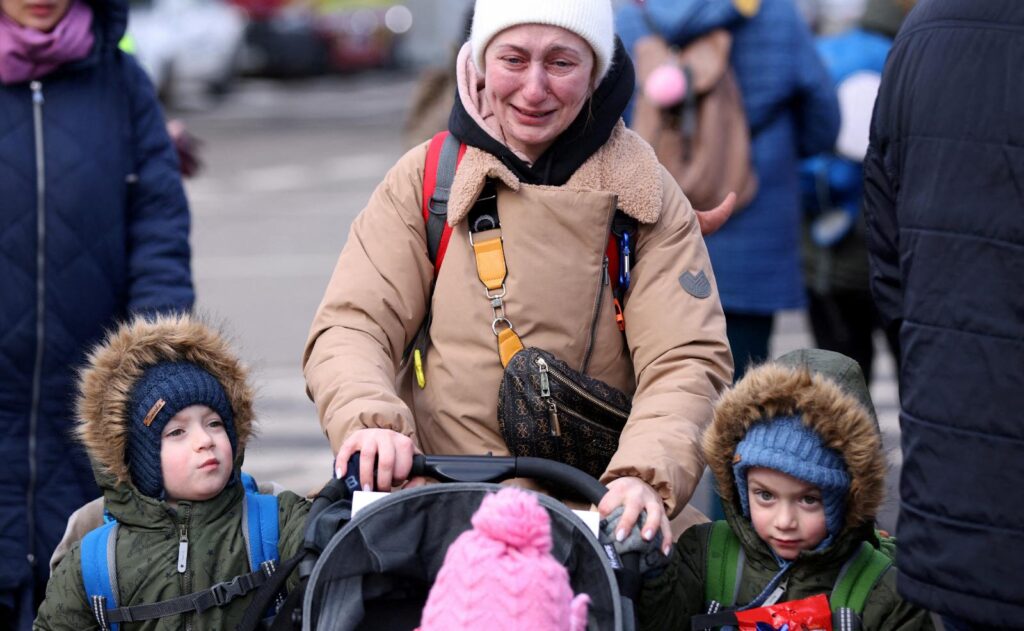 A woman cries next to her children after fleeing from Russia's invasion of Ukraine at the border crossing in Siret, Romania. (CNS/Reuters)

My Vocation is Love / Lindsey Weishar

Perhaps in these days of instant access to the news, thoughts, ideas, and experiences of people all over the world, there is more to be afraid of than we could have ever imagined. And perhaps recently, with the news of the Russian invasion of Ukraine, some of us are feeling the fright of younger years. Memories of events that happened not so long ago — World War II, the Cold War, the Soviet Bloc — may be much on our minds.

I don’t know about you, but when fear rears its head in my own life, my tendency is toward retreat and distraction. I don’t want to feel the fear, and yet, it’s as if my being is clenched — braced for the looming wave I am sure will break over my head. Sometimes in those moments, it’s more difficult to remember God’s sovereignty over my own life and the life of the world.

A LESSON FROM THE MOVIE “FROZEN”

Though it came out almost a decade ago, I recently rewatched the movie “Frozen.” Though people of my generation (the kids who grew up on Disney) have differing views on the merits of this film, it struck me quite deeply this time around, because it tells a story of deep-seated fear, and of the fight to conquer fear. It also tells a story of love not often seen in films — one in which philia love is at the center. Through persistent love, Anna helps older sister Elsa break from her “kingdom of isolation,” one that Elsa has lived in for years. 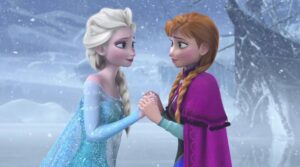 Through persistent love, Anna helps older sister Elsa break from her “kingdom of isolation,” one that Elsa has lived in for years. (Disney)

Elsa learned at a young age that her special gift of turning palace rooms into mounds of fluffy snow and loveable snowmen had the potential for destruction. When fear took over, Elsa’s inner world became akin to a “swirling storm inside.” The night she accidentally injured Anna because of fear, a lie took hold: “I hurt people. I have to hide my gift and my emotions so that I don’t hurt others.”

But this led to Elsa’s shutting down. She was so afraid of hurting others that she shut Anna out completely. She lived her life behind closed doors, and when the secret of her snow powers finally got out to the rest of the kingdom, she fled behind ice-castle doors of her own making. Only Anna was brave enough to trudge through the snow of Elsa’s suffering to find her, to save her, to bring her back to life through her love and willingness to be an open door to community with others.

LOVE WAGES ITS OWN WAR

To me, this is an illuminating illustration of how love conquers fear. An ongoing real-life expression of love conquering fear is that of the Ukrainian people and those who are helping them, notably their neighbors in Poland.

Right before Russia invaded, Ukrainian president Volodymyr Zelenskyy said, “The people of Ukraine want peace. The government of Ukraine want peace . . . But . . . if you attempt to take away our country, our freedom, our lives, the lives of our children, we will defend ourselves. . . . And in attacking, you are going to see our faces. Not our backs, our faces.”

God is there in the midst of them. These actions remind me of what one can do in the face of fear — love ever more fiercely. For love wages its own war against the discouragement and desolation fear carries in its wake.

That last part, “you are going to see our faces” has moved me over the last couple of weeks. In the face of great fear, the Ukrainian people have shown amazing strength — in fighting, in getting their families and children to safety, and even in returning into Ukraine after getting others to safety to continue fighting.

A couple days ago, Catholic podcaster Matt Fradd went to Poland to assist a priest friend in documenting the reality of refugee needs in Poland. Check out his YouTube channel “Pints with Aquinas” to follow along. He is also helping to collect donations to assist those serving the refugees, and plans to share some of their stories. It is important that these stories be told by those living them. In discerning how we can help our brothers and sisters during these tumultuous times, it is important we see their faces, not their backs.

The greatest hope in these difficult times are the people who have chosen to defend their country and those who have chosen to provide food, shelter, and consolation to those who have lost everything. God is there in the midst of them. These actions remind me of what one can do in the face of fear — love ever more fiercely. For love wages its own war against the discouragement and desolation fear carries in its wake.

My prayer for each of us is that we can wage this war within the battlefield of our own soul, and that we can find in the midst of gloom the light of hope that is always still burning for us. 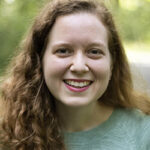 LINDSEY WEISHAR is a poet, freelance writer, and native of Champaign who has a master of fine arts in creative writing from the University of Missouri-Kansas City. She is executive assistant to the president at Donnelly College in Kansas City, Kansas. Write to her at lweisharwriting@gmail.com.