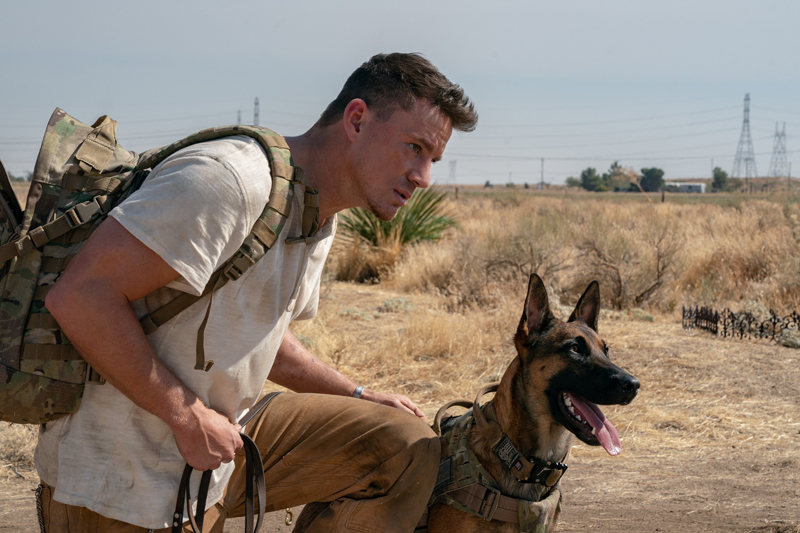 Channing Tatum co-directed and stars in this quirky, good-natured but not family-friendly road movie. He plays an ex-Army Ranger who, in exchange for the promise of a much-needed professional recommendation from his former commander, reluctantly agrees to transport a psychologically scarred war dog to the funeral of her handler.

As scripted by Tatum’s partner at the helm, Reid Carolin, the journey from Tacoma, Washington, to Nogales, Arizona, is rich in comic incidents but also showcases the brain-injured soldier’s physical suffering and social marginalization as well as the predictable but still endearing bonding process that gradually unites the two wounded veterans. Since some of the humor involves the protagonist’s sexual misadventures and a run-in with a marijuana farmer, the film can only be endorsed for grown viewers.

The sensual preliminaries of a potentially aberrant encounter, drug use, brief irreverent behavior, sexual references, a few uses of profanity, about a dozen milder oaths, at least one rough term, much crude and crass language, obscene gestures. The Catholic News Service classification is A-III — adults. The Motion Picture Association rating is PG-13 — parents strongly cautioned. Some material may be inappropriate for children under 13.