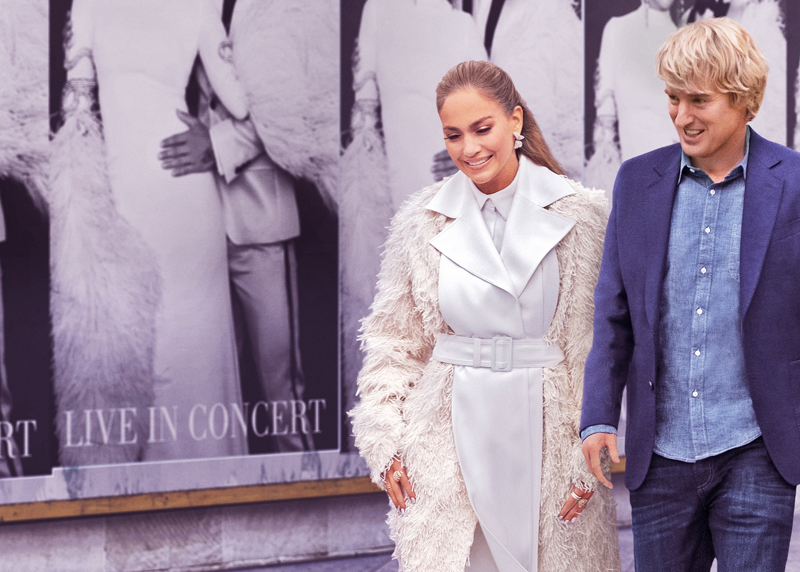 This is the poster for the movie "Marry Me" starring Jennifer Lopez and Owen Wilson. The Catholic News Service classification is A-III -- adults. (CNS/Universal)

Generally amiable romantic comedy charting the unlikely relationship between a world-famous singing star (Jennifer Lopez) and a dedicated but obscure math teacher (Owen Wilson). After discovering, moments before her mega-media-event wedding, that her equally prominent fiance, also a vocalist (Maluma), has been cheating on her, she summons the instructor out of the live audience for the combination concert and nuptials and impulsively exchanges vows with him instead.

Overall, director Kat Coiro’s screen version of Bobby Crosby’s graphic novel has a note of old-fashioned charm thanks to the gallantry of Wilson’s character in wishing to help his celebrity “spouse” in a moment of crisis and as a result of the fact that, physical intimacy being initially debarred by mutual consent, the couple get to know each other as friends in a process resembling traditional courtship. But the agreement on that score is eventually abandoned while a sequence involving a musical number in which the songstress’ back-up singers cavort in latex nuns’ habits and clerical collars is patently offensive and would fully justify believing viewers in avoiding the picture altogether.

Distastefully irreligious images, offscreen premarital sexual activity, verbal and visual references to homosexuality, partial nudity, about a half-dozen uses each of profanity and milder swearing, a few crude and crass expressions. The Catholic News Service classification is A-III — adults. The Motion Picture Association rating is PG-13 — parents strongly cautioned. Some material may be inappropriate for children under 13.