A way to navigate between extremes 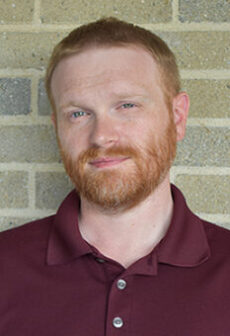 Living the Word / By Shawn Reeves

This life is full of difficulties. Relationships struggle. Sickness and disease strike unexpectedly. Fortunes shift and wealth is replaced by poverty and want. War and crime disrupt tranquility. Loved ones die. And the human response is typically one of two extremes — either live exclusively for this life or exclusively for the next. Our readings, however, suggest an alternative path.

Most of the promises of Christ are about what is awarded in heavenly life, not earthly life. Our Gospel reading from Luke is a key illustration of this, as Jesus announces the Beatitudes. However, the Mass reading skips over two important verses.

In verses 18-19 (which our reading omits) we hear that all those listed in verse 17 “came to hear him and to be healed of their diseases; and even those who were tormented by unclean spirits were cured. Everyone in the crowd sought to touch him because power came forth from him and healed them all.”

They were coming to Jesus not only to hear the Beatitudes. They were coming to be healed. Engrossed in the difficulties of this life, they came to Jesus to receive relief from earthly suffering and enjoy a renewed savoring of earthly goods. And Jesus gave this to them — they “were cured,” “power came forth from him and healed them all.” But then he teaches them in the Beatitudes that while God’s earthly creation is a source of good, not all goods have equal value.

All but one of the promises of the Beatitudes are fulfilled in the next life, not this life, concluding with the summary proclamation, “Behold, great will be your reward in heaven!” It would seem, then, that we ought to live exclusively for the next life.

However, at no point does Jesus exalt poverty on the one hand and denounce wealth on the other, nor does he glorify the state of want and condemn the state of plenty. Rather, it is the dispositions that accompany each that he emphasizes.

The states of want and sorrow tend toward reflection on what we lack and hope for future fulfillment. The states of wealth and plenty tend toward reflection on self-satisfaction and a perpetuation of earthly pleasure. “The more they are detached from the vanities of this world and from inordinate love of temporal things, the more apt they will be to perceive the light of heavenly mysteries,” writes Pius XII (“Mystici Corporis,” no. 4).

In the “promises” and “woes” of the Beatitudes, Christ does not demand an absence of love of earthly things but an absence of an inordinate, excessive love — an “unhealthy attachment to creatures” as the Catechism of the Catholic Church puts it (no. 1472). While the poor, the hungry, and the weeping will be poised to be satisfied in heaven, unhealthy attachment to wealth and plenty can lead to a grieving over the conclusion of earthly goods and a hunger for their continuation (one of the premises for the belief of purgatory).

“If for this life only we have hoped in Christ, we are the most pitiable people of all,” announces St. Paul. The heavenly has primacy over the earthly without diminishing the genuine good of earthly things.

Both our first reading and Psalm utilize the imagery of a fruit-producing tree near running water. It is a popular biblical analogy, expressed also in Ezekiel 47:12 and Revelation 22:2. According to St. Thomas Aquinas, the running waters “symbolize the currents of grace,” while the tree is the disciple of Jesus and the fruit is the produce of docility to the Holy Spirit.

A tree continuously reaches upward yet remains grounded to the earth. It does not uproot itself as if the light of the sun were its only purpose, nor does it plunge its branches into the soil transfixed by the earth alone. It settles into a balance of both realms, drawing good from both, all the while laboring to “yield its fruit in due season.”

“The Kingdom of God is yours,” declares Jesus. You are planted beside the waters already. But your great reward is in heaven, not here. Rejoice and leap for joy on that day.

SHAWN REEVES is director of religious education at St. John’s Catholic Newman Center in Champaign. He and his family attend St. Elizabeth of Hungary Church in Thomasboro.