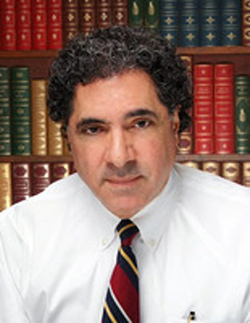 The late Jesuit Father John Hardon believed that writing is a great asset to the spiritual life. “To be convinced of the worth of writing, daily — if only a few words — is to have made a giant stride on the road to sanctity,” he wrote in 1998. The reasons Father Hardon lists are many, including that regular writing requires a discipline of the mind; can provide a record of the graces we’ve received and the weaknesses we’ve shown; cultivates our memory; and is a way to share our faith with others.

Harry Williams took Father Hardon’s advice to heart, and to his keyboard.

Williams, who died Dec. 29 at the age of 64, was a lawyer from a large Peoria Catholic family. He was one of 17 siblings and the beloved father of seven children who, along with 27 grandchildren (and counting), are his greatest legacy.

An image from the home page at adoration.com, site of faith-filled reflections written by Harry Williams.

But Williams also left a treasure of faith-based writing that can be mined at the website he founded, adoration.com.

In the early 1990s, Harry and his wife, Georgette, were instrumental in the establishment of perpetual adoration of Jesus in the Blessed Sacrament at their parish, St. Philomena in Peoria. Some years later, Harry began writing a weekly reflection that was made available in print to adorers at chapels at St. Philomena and later Holy Family Parish. The reflections discussed current events and other matters that might relate to the Catholic faith. Williams hoped the columns would encourage readers to develop a deeper prayer life, including a weekly adoration hour.

The weekly columns he penned since 2009 — more than 600 of them — are found at adoration.com. The topics Williams covered — more than 150 of them — are meticulously indexed for easy searching. Among the most frequently mentioned are Catholic parenting, popular culture, personal responsibility, and the Blessed Virgin Mary. Father Hardon, an adoration advocate who was a spiritual guide for Williams in the 1990s, is brought up in 27 columns.

The reflections, most around 1,000 words, are both personal and geared toward reader action. Williams did not shy from sharing his opinions. But he certainly practiced what he preached. As his pastor, Father David Richardson, noted at the funeral Mass on Jan. 4, Williams attended daily Mass, prayed a daily rosary, did spiritual reading and spent three hours a week in the adoration chapel.

We encourage a visit to adoration.com to explore and appreciate the writing aspect of Harry Williams’ legacy. While culture changes, much of his advice is timeless. A year ago, Willams wrote: “We’re winding down the month of January 2020, and we’ll soon be moving into February. What did you resolve to get done this year? Did you resolve to increase your knowledge and love of God? Did you resolve to follow God’s plan for you by practicing more of the spiritual and corporal works of mercy? What are you doing this year to enhance your prayer life in an admirably purposeful, determined, and unwavering way?”

Like Bishop Sheen, Williams would suggest a weekly adoration hour. And, like Father Hardon, some daily writing of your own. — Thomas J. Dermody